SCC highlights Hispanic Heritage Month with screening of a documentary 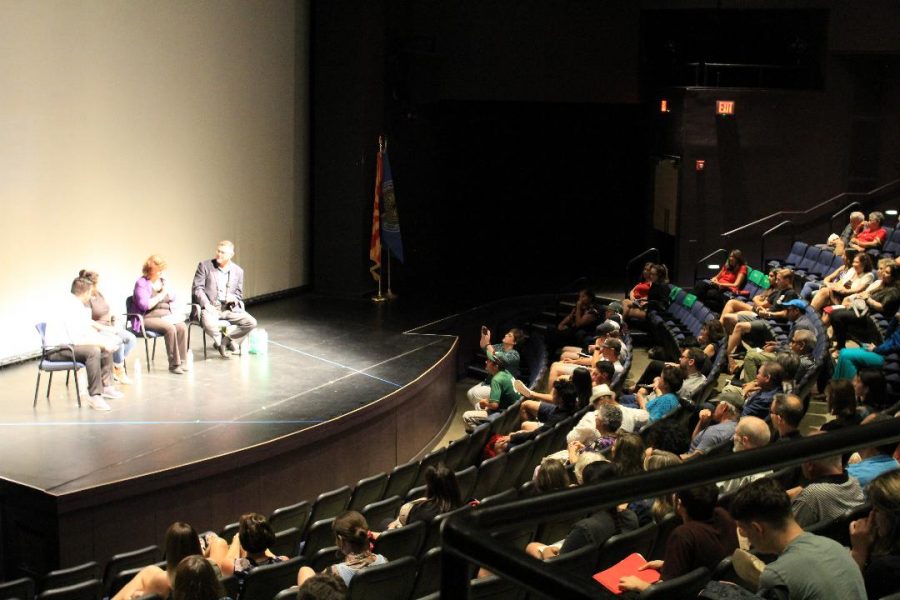 On Sept. 28, Scottsdale Community College celebrated Hispanic Heritage Month with the screening of the documentary film “Dolores”and based on the life of Dolores Huerta, a Mexican-American workers’ rights crusader, who co-founded a union with Cesar Chavez in the 1950s.

The union which later became United Farm Workers (UFW) struggled for the rights of impoverished farm workers in a series of strikes including the famous Delano Grape Strike in 1965 in California.

The screening of “Dolores”, which the Washington Post called— “Stirring portrait of a social justice pioneer” in its headline, was held at SCC’s Performing Arts Center.

The screening was followed by a panel discussion featuring Latino community advocates.

“I think we can really deconstruct this documentary on so many levels and talk about what she talked about—racism and sexism. The documentary raised so many issues from the American history” said Jonathan Higuera, SCC Inclusiveness Council co-chair.

Stella Pope Darte, whose latest book is a biography of civil rights leader Raúl Yzaguirre, elaborated the fact that Dolores’s principles of non-violence encouraged many others around the country and beyond that you could get your rights through the peaceful protests.

Pita Juarez, an award-winning multimedia journalist and José Patiño, Campaign Director with Aliento, a community healing arts organization aimed at aiding undocumented immigrants and their families, were speakers on the occasion at the screening.

The tradition of screening of documentary in connection with Hispanic Heritage month started last year, when SCC screened a documentary on the struggle of Hispanic journalists called, “Below the Fold” produced and directed by one of its own faculty members Roberto Gudino.