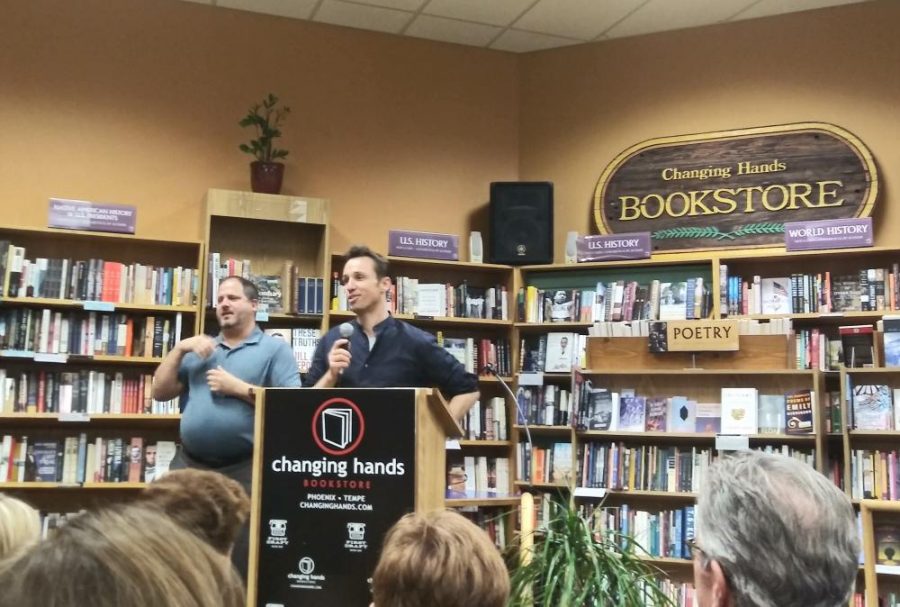 Australian writer Markus Zusak, best known for his works, “The Book Thief” and “The Messenger”—two young adult novels and international bestsellers, shared interesting stories and some writing insight at the Changing Hands Bookstore in Tempe Oct. 22.

“I took the Esky back to the fridge, took the two hard boiled eggs out, put ‘em back in the fridge, and replaced them with two raw eggs,” Zusak said, as the local audience laughed.

Another story Zusak shared was when he left his jacket at the airport a few years ago. He ran back to security and asked them about it. When the security guard asked what color his jacket was, Zusak said, ‘brown.”

The security guard reached into a cupboard, and he pulled out Zusak’s jacket because it was on top.

There was a reason why Zusak told those two stories with small details, such as color. It was using simple illustrations to show the readers or the listeners that the stories are believable.

“There is some little belief made when someone knows the details they know of what they are talking about,” Zusak said.

Besides telling two stories with small details, Zusak also advised with regard to writing that the author must be flexible.

“You have to know where you want to go, and then always what happens is you get to the end and what I just told you isn’t exactly what happens at the end. I would never do that,” Zusak added.

One of the visitors who attended the program was Vicki Rider, a librarian and also a fan of Zusak’s The Book Thief. She said that the event provided the opportunity to meet one of her favorite authors.

“I also loved the stories he told and how he weaved them into his ‘lesson’ about the elements of good writing. It was really effective and most enjoyable,” Rider said.