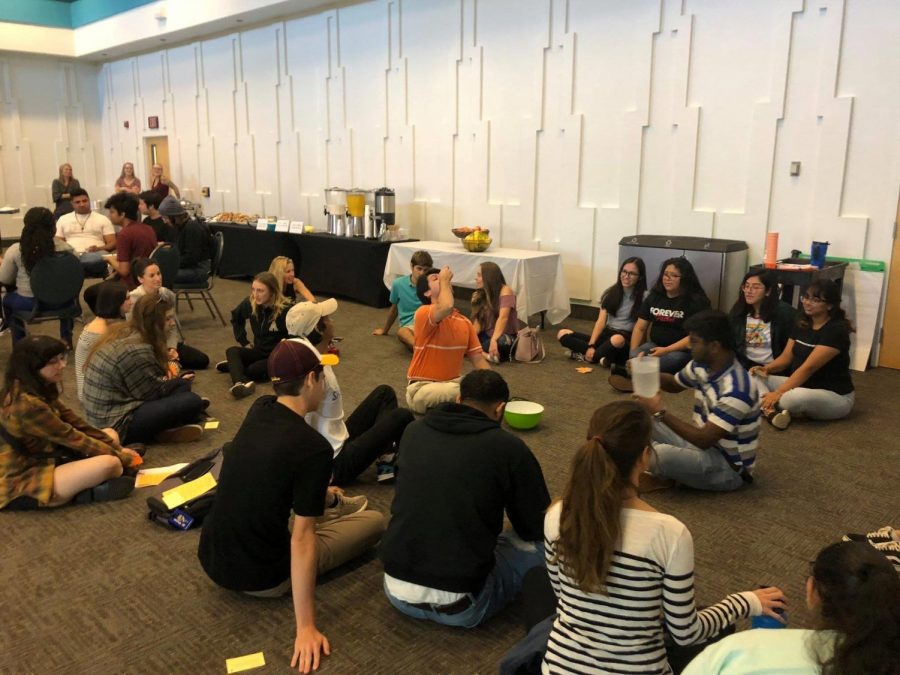 The Office of Service Learning & Leadership at Scottsdale Community College hosted the World Hunger Breakfast the first week of November. This event was held to commemorate World Hunger Awareness Month in November.

Before the program began, the audiences were given a leaflet containing seven statements about world hunger and was asked to fill in “True” or “False” about each statement.

Presented by David Ung from SCC Fitness and Nutrition Club and Brianna Stabler from CSL and Aces Club members, the event started by discussing the facts behind each of the statements.

One of the statements read:  “The surest sign of starvation is emaciated, thin bodies.”

The answer to that statement was “False”—because people who are starving, especially kids, have edema on their stomachs.

The event continued to a simulation activity that divided the audiences into three groups: high-income, middle-income, and low-income.

The activity was designed to help the audience see an overview of the stark comparison of the three groups.

“Every day is a struggle [for the low-income group] to meet your family’s basic needs, finding food, water, and shelter, can consume your entire day,” Stabler said.

The event closed with a discussion and a most feasible way to overcome the world hunger. The idea was giving donations of money and time in organizations that have a mission to eradicate the world famine, one of which is the My Starving Children Feed.

Loretta Ngissah, an international student of Scottsdale Community College from Ghana commented about the impact of the activity.

“I learned that no matter the clothes that you wear, you should not waste food, because people are really suffering and starving,” Ngissah said.

Michelle Dew from the Office of Service-Learning & Leadership at Scottsdale Community College said the event had been held six times and she was happy with the audiences at this year’s event.

“SCC students were more engaged with the simulation as well as more motivated to create positive change in their communities in regard to hunger,” Dew said.

The World Hunger Breakfast at SCC is a variation of Oxfam Hunger Banquet activity from Oxfam America that is a non-profit that fights against hunger. They have come up with the event sequence and what the event looks like.

“They have given us permission to do that here at Scottsdale Community College,” Dew said.

In their larger framework, Oxfam America does a lot of work dedicated to addressing global hunger.