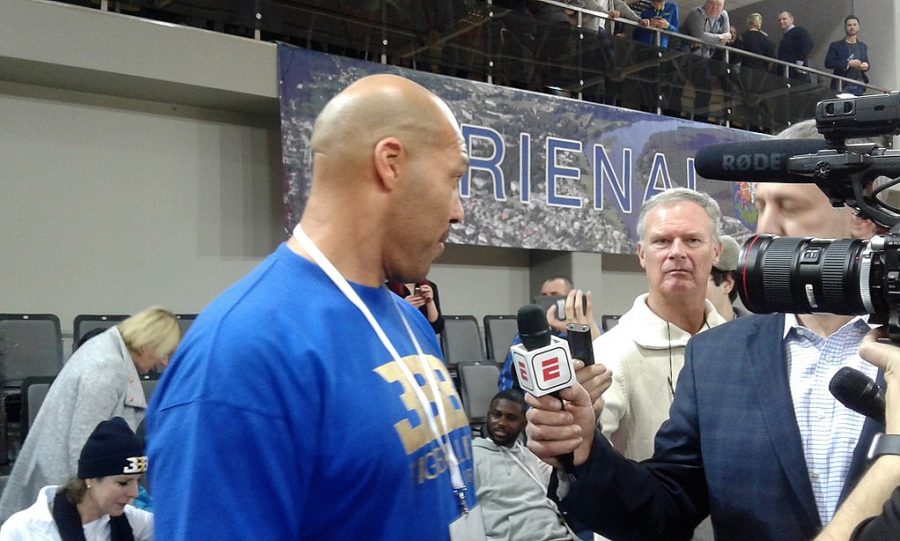 Will the Junior Ball Association be the next alternative route for professional basketball talent?

It depends on who you ask, but Lavar Ball could have found his biggest project yet.

Big Baller Brand and Lavar Ball have created a bit of a shakeup to traditional college basketball parameters by making a league for kids who don’t want to take the college route.

TheJBA program indicates that it’s designed to give kids a professional atmosphere, teach them how to budget their money, how to spend their time and give them a real life look on how the professional sports world works.

It has eight teams each with up to 10-man rosters.

The team names and cities associated for the JBA’s first season where the Atlanta Ballers, Chicago Ballers, Dallas Ballers, Huston Ballers, Los Angeles Ballers, New York Ballers, Philadelphia Ballers, and Seattle Ballers. To be eligible to play in the JBA you must be in the age range of 16yrs – 21yrs of age.

JBA attendance numbers were low —anticipated for the new league.

The league did however draw a large amount of views on platforms like Facebook where events for the league like there All-Star game could be streams and drew 200,000 views.

The eight game regular season concluded with a quick playoff that saw the LA Ballers win the first ever JBA championship. Every player of the winning team received a brand new Cadillac.

Rapper Lil-Yachty and NFL Running Back Ezekiel Elliot are both among stars who showed support for the JBA and went to games in their home cities.

Criticshave questioned this league and have even charged that this was an attempt for Lavar Ball to showcase his sons Liangelo and Lamelo Ball’s talent by putting them around players who aren’t that good.

Lavar Ball has come off as egotistical to many that stem from comments on his three son’s greatness or claiming he could beat Michael Jordan one on one.

Still, there are many who see Ball’s ideas in a different way.

Nevalleynews.org asked Jordan Nixon, a player for the Philadelphia Ballers, for some insight into Ball.

“Lavar Ball is a great guy. Very down earth as a mentor he really is the best. If you ever want to talk to him about anything he always has an open ear and is there.  He always expects the best for everyone and he even sets a high expectation and standard for all of his players in the JBA and even down to the staff of the JBA,”said Jordan Nixon a player for the Philadelphia Ballers when asked about Lavar Ball’s personality outside of the media eye.

“I see the JBA being the next big thing a lot of players feel like their talent should be recognized and paid for. I see the league being a culture changer and maybe someday competing with the NCAA or those other professional leagues. The JBA have great connections from other professional leagues overseas opportunities G league and even NBA exposure so the JBA does well with exposure and at this rate I feel like the JBA will be getting bigger” said Nixon when asked where does he see the JBA in the future.