Coming Together for the Lunar New Year 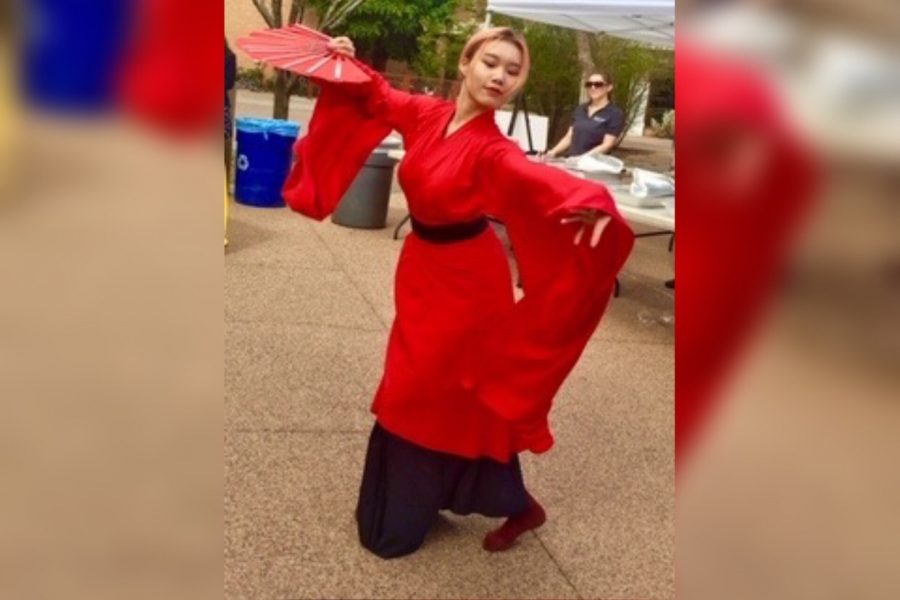 The Lunar New Year occurred on Feb. 5th and was celebrated at Arizona State University with festivities that included Chinese food and traditional dance.

“My favorite part of the new year is being with family and eating special foods and just being together,” said Qinzi Lei, an ASU Fine Arts graduate student who performed one of the traditional dances during the celebration.

Lunar New Year is one of the most significant holidays in Asian culture.

Specifically, in China, it is a time when families reunite, feast and perform rituals that potentially generate good luck for the coming year.

Some of the more popular rituals include lighting fireworks, which are said to ward off evil spirits, decorating in the color red because it is associated with wealth and good fortune and house cleaning before New Year’s Day because doing so clears out bad luck from the past.

Some of the special foods that are celebrated during this time are mandarin oranges and fish, which are both thought to bring good fortune and luck—some interesting facts and fun “riddles” can be found in a 1989 archived article originally featured in The New York Times—the report illustrates just how fascinating this New Year’s celebration has been down through the years.

“Chinese New year is about coming together and celebrating new beginnings,” said Perri Collins, the Social Media Specialist for the ASU W.P. Carey School of Business.

The 2019 New Year celebrates the beginning of the Year of the Pig.

It is one of twelve animals that mark the Chinese zodiac. Those born in this year are said to be flexible, gentle, optimistic and loyal.

“We wanted students to learn more about Chinese culture, come together, eat, and have a good time,” Liang said.