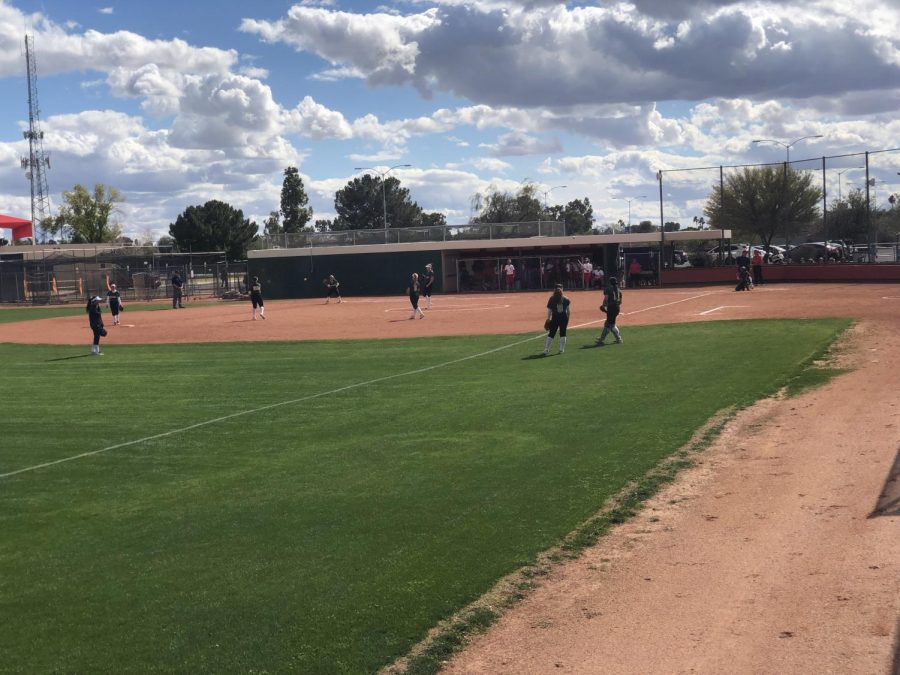 Scottsdale Community College opened up their softball season at home on Jan. 29 against South Mountain.

The opening series was a split of high scoring, that saw the Chokes lose the first game 10-2 before turning the tables on the Cougars with a 10-1 victory.

The Lady Artichokes are looking to bounce back under third-year head coach Freddy Cabanillas after finishing a disappointing 7-47 last season.

Although the team didn’t have its best season on the field last year, Cabanillas is confident that this season will be different.

With 12 players returning from last season, the team has depth from top to bottom.

According to Cabanillas, the team’s on–field goal is to remain consistent.

If consistency is the team’s on-field goal, consistency in the classroom has been achieved during Cabanillas’ tenure as head coach and is a point he stresses to his players.

“We don’t predicate things on wins and losses.  We never have since I’ve been head coach,” Cabanillas said.  “Umm, the premise is, that once you’re successful in the classroom, you can bring that over to the ball field.  It’s a mindset.  So obviously, you don’t come here just to play softball.  You come here to get your degree, to move forward, and that’s kind of the ball game we’re in here.”

The team will play all home contests at Scottsdale Community College and Coach Cabanillas invited the public, as well as students, to come enjoy the games.

“I encourage everyone to come hang out and watch us play,” Cabanillas said.