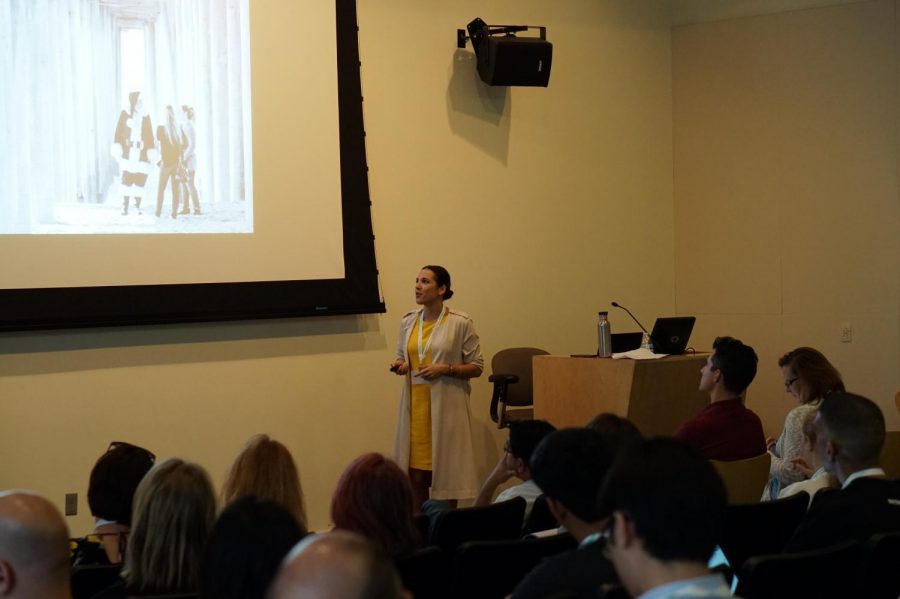 A guest speaker session during the 2019 PHX Startup week

The rapidly growing entrepreneurship climate was showcased through the PHX Startup Week, March 4-9.

Pearl Filani, the organizer of the event as well and owner of, Lady Jewel LLC, explained the short but vibrant history of PHX Startup Week.

“It’s partner, along with Techstars, started this around the nation, so there were startup weeks in different major cities around the nation, and they started it five years ago by a couple of gentlemen here in local community—and then that started the #PHXMovement, and this PHX Startup Week is part of that movement. It was really about a way to bring together the entrepreneur startup community because again, we tend to be solopreneur, it’s a way to come together and learn from one another,” Filani said.

The annual six-day event which was held at three different venues, Mesa Art Center,  Skaled Sandbox and Park University and was attended by over two thousand attendees, speakers and mentors from various companies in the Valley.

There were over 50 sessions in various industries such as blockchain, emerging tech, finance, food & wellness, real estate, SAAS (software as a service), retail and e-commerce,

A glance at just one day of the week’s guest lineup included:

One of the attendees, Nyreesha Evans, Co-Founder of Splash Cosmetics LLC, mentioned that she found this event very rewarding because she got to meet like-minded people outside her daily network.

“I have already started my own business, so I came to get more information on starting a business and also networking with different people to get my business start and running, I’ve been telling a lot of people already about this event,” Evans said.

The event provided opportunities for entrepreneurs to get mentorships from experts.

“I like the mentorship the most, having the opportunity to go and meet and sit with someone that has the experience and knowledge, and to get tips and pointers specifically for my business was like the biggest help ever,” Evans said.

Vincent Orleck, another attendee who works at Arizona State University with expertise in social media and marketing for brands made a lot of new connections at the event.

“I think yeah, I would recommend this for someone that someone just getting started here in the valley Phoenix area, it’s a great place that can help you, it’s not always monetarily, it’s not always with money, it’s many other ways that people can help,” Orleck said. “In the last few years that I have been the part of the startup community, I’ve heard people say this too, that people are very willing to help each other.

The entrepreneurial event was sponsored, in part, by at least 43 companies including Lyft, Insight, GoDaddy, Chase for Business, iHeart Radio and Wework.

“When we talked to people who stopped by the booth, we definitely heard tons of a good feedback,” said Zach Olschwanger, from Wework, “I think the most value I heard is from meeting people, networking, people who have met someone who they can work with, and I also think the City of Phoenix is really pushing this idea of entrepreneurship and small business, so I think having this good resources really supports them with their business.”