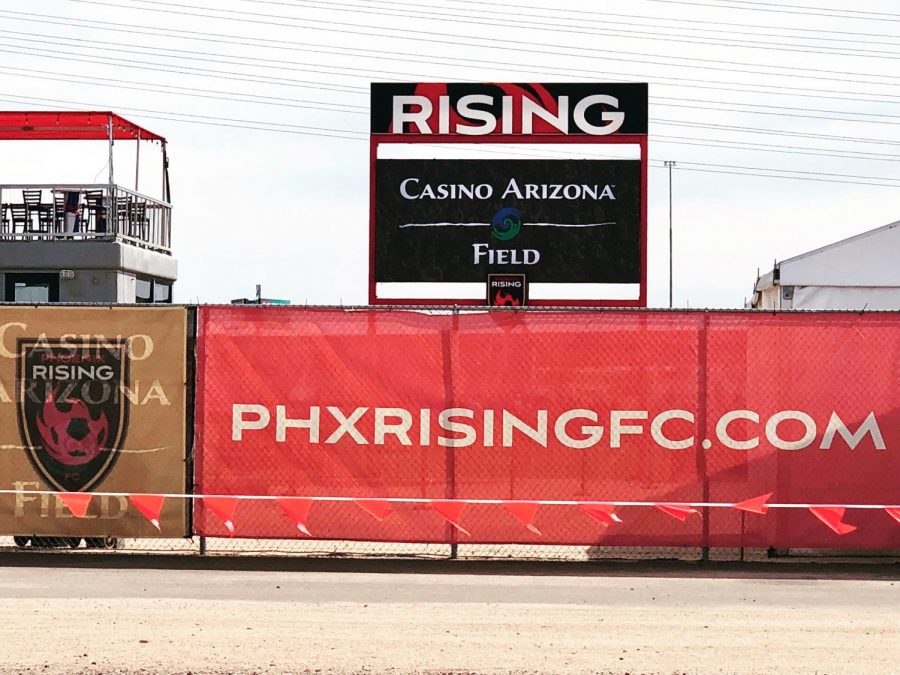 “It is a great honor for Phoenix Rising to partner with Casino Arizona, an iconic entertainment destination in the Valley,” said Berke Bakay, governor of Phoenix Rising FC in a press release.

“We have had a wonderful relationship with the Salt River Pima-Maricopa Indian Community, and its member families of the Solanna Group who own the land where our stadium resides, since our launch in 2016. Our stadium is located in close proximity to Casino Arizona, also making this agreement a natural fit.”

Casino Arizona is an enterprise owned and operated by the Salt River Pima-Maricopa Indian Community (SRPMIC).

The new name has already been implemented around the stadium, including the scoreboard and barricades around the field that will also display the logos of both Casio Arizona and its sister property Talking Stick Resort.

“Casino Arizona has long maintained a reputation for supporting major sports in the Valley, and Phoenix Rising is among the most exciting teams to watch,” said Ramon Martinez, director of public relations for Casino Arizona in a press release.

“We are proud to be associated with these 2018 Western Conference Champions and to be represented in their stadium.”

A new road is set to be built in order to decrease the time it takes to exit the stadium, something that has been a topic of discussion since the stadium’s completion, as there is only one way in and one way out of the complex.

There are also additional plans for increasing stadium capacity up to 10,000 and installation of a permanent monument displaying the Casino Arizona Field name, but no date has been announced for the completion of either project.