Vote of No Confidence in the leadership of Chancellor Maria Harper-Marinick, the 10 Maricopa college senates to decide

'An environment of fear and mistrust’ 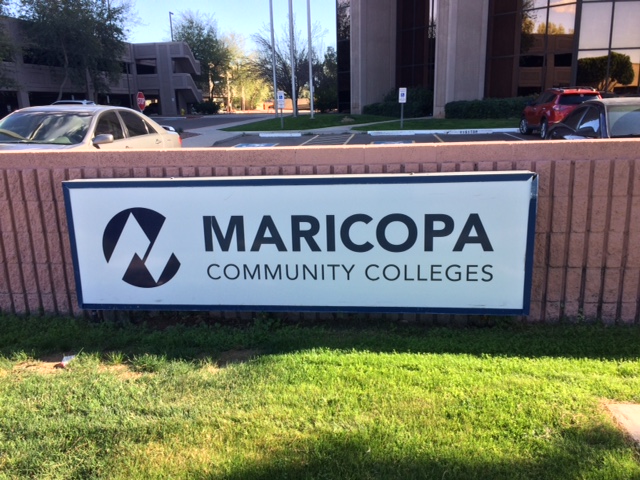 In a communication dated April 3, 2019 from Faculty Association President, John Schampel and addressed to “Senate Colleagues,” Schampel provides details on the decision to move forward with a Vote of No Confidence resolution in the leadership of Chancellor Maria Harper-Marinick.

“The VNC is supported by evidence uncovered by dozens of faculty reviewing public records requests, revealing deeply troubling emails between the Chancellor and then-Board President Hendrix.  It is further supported by the Chancellor’s dismissive response to our HLC complaint, her conspicuous silence regarding the external investigation by the AAUP, and our unheeded objections to the Faculty Academic Senate (the faculty group unilaterally created by the Chancellor to supplant the FEC).  This evidence is archived on the Faculty Association website and much of it is referenced in the VNC. To believe that the Chancellor was an unwilling participant in the actions taken last year, that she was not complicit in them, and that her silence did not harm the Faculty, is simply a denial of the evidence.  We do not have an advocate in the Chancellor, she will not speak up for us.”

While Schampel admits in the original message that the decision to move forward with the VNC was difficult to make—it was necessary.

The VNC is being met with various concerns from some faculty but in a follow up message after the resolution was distributed, Schampel and other faculty leaders contend that they are “comfortable that our original document continues to withstand scrutiny.”

‘An environment of fear and mistrust’

The fear of professional retribution continues to be an ongoing concern for many faculty members.

Nevalleynews.org has been contacted on several occasions by faculty who contend that they are afraid to go on the record with public complaint and concern over policy and procedure.

“Secrecy is the norm now,” said one faculty member who spoke to Northeast Valley News on the condition of anonymity and over fear of retribution. “This Chancellor’s leadership has made a public education institution adopt an environment of fear and mistrust. There is the prospect of retaliation from the top. We should have open engagement and transparency.”

The faculty member also said that leadership under Harper-Marinick has greatly contributed to concerns about speaking openly among faculty and staff.

“Unfortunately, Maricopa’s culture has been riddled with fear since the voice of the staff was summarily eliminated two years ago. As free speech and academic freedom are essential values for higher education, we continue to encourage all employees to speak openly, despite whatever fears they may harbor. This also tells us the need to protect Academic Freedom on our campuses is as urgent as we, the AAUP, and the HLC have considered it to be. No matter how this turns out there must be a major commitment to protecting Academic Freedom and Free Speech,” Schampel said.

Many faculty members believe that it will be impossible to move forward with confidence in the Chancellor’s leadership after documented evidence has been provided by two separate investigations from the HLC and AAUP as well as open record requests that have been submitted that reveal the Chancellor’s own statements and dismissals.

But some have voiced concern over the timing of the VNC with so much additional transition work ahead as well as further damage to the district’s public image.

Nevalleynews.org reviewed the VNC resolution by the faculty senate leadership posted on the Faculty Association website and the email link provided in the correspondence dated April 3, 2019.

We contacted Matt Hasson, Communications Director, Office of the Chancellor on Tuesday late afternoon and asked him for a comment from the Chancellor’s office on the resolution communication of a vote of no confidence in the leadership of the Chancellor Maria Harper-Marinick put forth by the faculty senates of the Maricopa Community Colleges.

“We have not yet seen a resolution and when we do we will make a comment at that time,” Hasson said.

Resolution on a Vote of No Confidence

in the Leadership of Chancellor Maria Harper-Marinick

WHEREAS, Chancellor Harper-Marinick was complicit in the 2018-19 Governing Board’s campaign to undermine shared governance and suppress the free speech rights of employees, as evidenced by:

the Chancellor’s status as a willing facilitator of the strategy to advance the partisan political agendas of former President Hendrix and other board members; iv

the Chancellor’s failure to prevent, and later to rescind, an email edict that directly restricts constitutionally and contractually protected speech rights of Residential Faculty and that also chills the speech rights of all other employees; v and

the Chancellor’s implementation of a 30-day, no-fault, no-severance-pay termination clause in the employment contracts of college presidents and vice chancellors, vi while the Chancellor retains a 90-day, no-fault contract clause with severance pay for up to three-years of her salary, vii effectively chills their free speech rights and hampers their ability to lead and innovate.

WHEREAS, Chancellor Harper-Marinick has failed to provide effective vision and managerial oversight of the institution, as evidenced by:

failure to engage employees in developing her signature “Transformation” plan that would have regionalized the colleges and diminished their autonomy and unique cultures – a plan that was ultimately rejected by her own community taskforce on Transformation, viii

awarding VCHR LaCoya Shelton a significant salary increase amidst her catastrophic implementation of the Classification and Compensation plan and her deliberate undermining of both the Meet and Confer process and the Classified Staff’s Collaborative Policy Development process; x and

the Chancellor’s failure to address or resolve the precipitous decline in system-wide employee morale. xi Page 2 of 4

WHEREAS, Chancellor Harper-Marinick has failed to execute her duties with (in her own words) “a commitment to excellence, integrity, and honest dialogue,” xii with “clear levels of accountability . . . for everybody in the system, beginning with the Chancellor’s office”xiii while honoring her “pledge to be transparent and inclusive”xiv at a time when we must “speak up courageously for what is right,”xv as evidenced by:

the Chancellor’s complete failure to publicly accept any responsibility for the failures of her administration, despite her oft-repeated and public demand to be held accountable for decisions when she was a candidate for Chancellor and after she was hired;xvi

an external investigation that found the Chancellor’s failure to speak or act was a “profound dereliction of her duty” to fulfill her responsibility “with honesty, integrity, and courage;” xvii

the Chancellor’s decision to sustain a whistle-blower policy that uniquely and unfairly insulates herself from accountability in the process. xix

WHEREAS, the above resulted in egregious harm to the ability of this institution to advance its mission effectively in service of its students and community

With faculty senate voting from the 10 colleges to end by April 16, there is no “threshold” as to how the VNC moves forward—but Schampel describes the damage that’s already been done.

“Even one college voting in favor of a VNC is a strong statement about the leadership of the Chancellor. To date, three college senates have voted and all three have voted to endorse the VNC, overwhelmingly. Chancellor Harper-Marinick appears unwilling or unable to accept any responsibility whatsoever for both her own actions and what has happened on her watch.  It’s hard to imagine why she continues to put her own professional interests ahead of the needs of students, employees, and the institution,” Schampel said.

The Maricopa Governing Board will be informed of all 10 colleges when they’re done, regardless of the outcome.