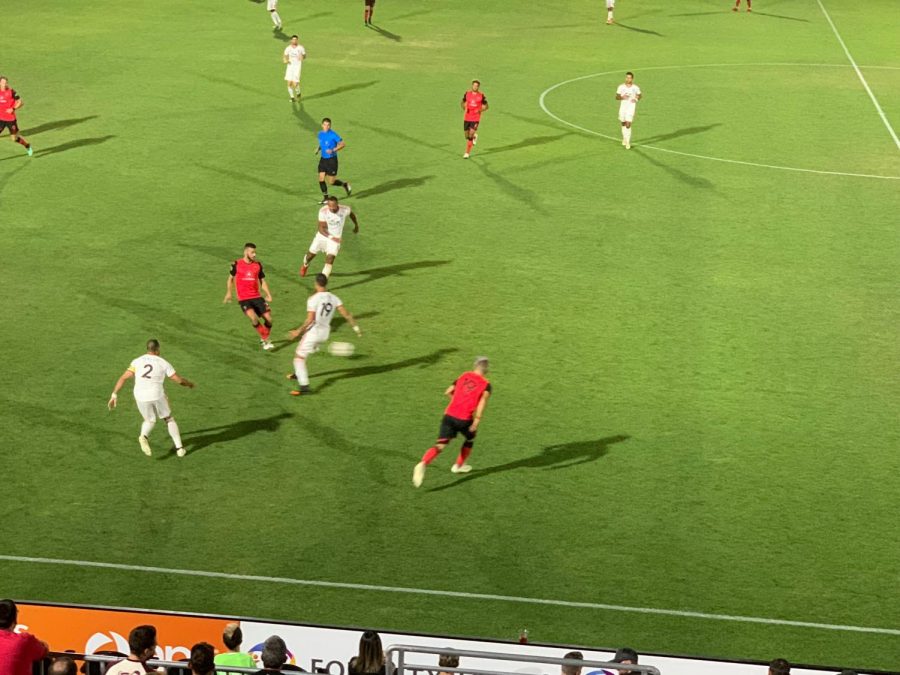 The Phoenix Rising defeated Orange County Saturday night, 3-0 in their fifth consecutive match and advanced into first place in the USL Western Conference a spot shared with the El Paso Locomotive FC at 26 points.

“It’s where were supposed to be,” Shantz said.

“These guys are a very good, talented bunch…I told them just for one night let’s not settle to be second place lets go get it.”

Six minutes into the game midfielder Solomon Asante passed the ball to defender Mustapha Dumbuya who was looking to pass to forward Joey Calistri for a straight shot into the net but Orange County defender Kevin Alston interfered with that set up and ended up kicking the ball in causing Rising to get on the board.

Rising made a change to their starting roster with Calistri taking the place of Junior Flemmings as he will be out until July playing with Kevon Lambert in the Jamaica Gold Cup.

Calistri did not disappoint and fired his first goal of the season 16 minutes in.

“it’s always a good to get the first one,” Calistri said.

Goalkeeper Zac Lubin added value securing his seventh clean sheet of the season which will now have him tied for second in the league.

In the second half of the game Asante also secured a goal to end the match with 3-0.

There were two yellow caution cards issued to both Rising defenders Doueugui Mala and James Musa.

Defender Aj Cochran has been cleared to play as of Friday but Schantz was not ready to bench Mala based off of his previous performance.

to when he would activate him on the roster.

“I don’t think it’s right to do that to Mala…he’s performing. You know as a team they all have to understand that when we get results I’m not going to punish you,” Schantz said.

Rising will be on the road in a quick turnaround as they head to Nevada to take on Reno 1868 FC on Tuesday at 7:30.