Americans protest immigrant detention centers across the U.S in vigil: “Lights for Liberty” 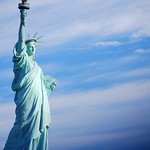 On Friday there will be a nationwide protest scheduled in light from the recent scandals involving migrant children in detention centers allegedly with no proper conditions for “safe and secure” environment.

The organization AZ Resist has been one of the forefronts to include an event calendar for anyone who would like to participate in protests for social justice and progressive politics across Arizona.

“We are gathering in protest against the detention of children in Border Patrol custody under inhumane conditions.” The AZ Resist organization states on their website.

Their hosts and sponsors, such as Las Americas Immigrant Advocacy Center, Lutheran Immigration & Refugee Service, Jewish Voice For Peace among others are very vocal to end injustice against immigrants from around the world.

On their calendar, events such as candidate debates, educational forums, marches and voter registration drives are available. Times and dates may vary.

To find the protests for Friday the event is named “Lights for Liberty”.