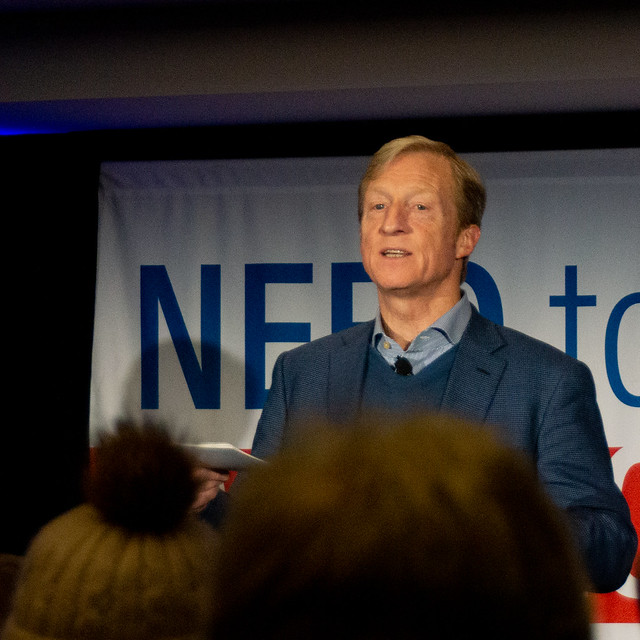 Tom Steyer, billionaire, philanthropist, environmentalist and impeachment activist, announced that he is running for president and is projecting a populist platform even some believe that a white, male, billionaire running as a ‘populist’ in a Democratic primary might be a hard sell.

But Steyer has been at the forefront of activism in his almost single-handed mission to impeach Donald J. Trump, funding much of the effort with his own money.

Steyer dismissed the notion that party line has much to do with his desire to take on Trump and addressed the main reasons via his official campaign video announcement for president—a message largely made up of issues that echo Steyer’s impeachment rational and the importance of getting rid of Trump and rampant corruption.

“Americans are deeply disappointed and hurt by the way they’re treated by what they think is the power elite in Washington D.C.,” Steyer said in the video. “And that goes across party lines and it goes across geography.”

The video announcement includes a parade of men in the Trump White House and in positions of power as chronicles the corruption that has followed, including Paul Manafort-the former Trump adviser, and Jeffery Epstein the investor who was indicted this past week of sex trafficking.

While greed and corruption take center stage in the Steyer video, his own billions have managed to shift the Democratic primary after his announcement and claim that he is poised to spend, “At least $100 million” on the race and is reportedly buying up televisions ads in Iowa, New Hampshire and South Carolina—a state where he will focus much of his ‘on the ground’ campaigning early on.

The $100 million-dollar figure will far exceed the amount of the fund-raising efforts of frontrunner, Joseph R. Biden, Elizabeth Warren and Kamala Harris.

Steyer’s announcement also harshly criticized fossil-fuel companies for, “torching the planet” and drug companies for the opioid crisis and “banks screwing people on their mortgages.”

These are populist views, even if they are not being delivered by a traditional messenger.