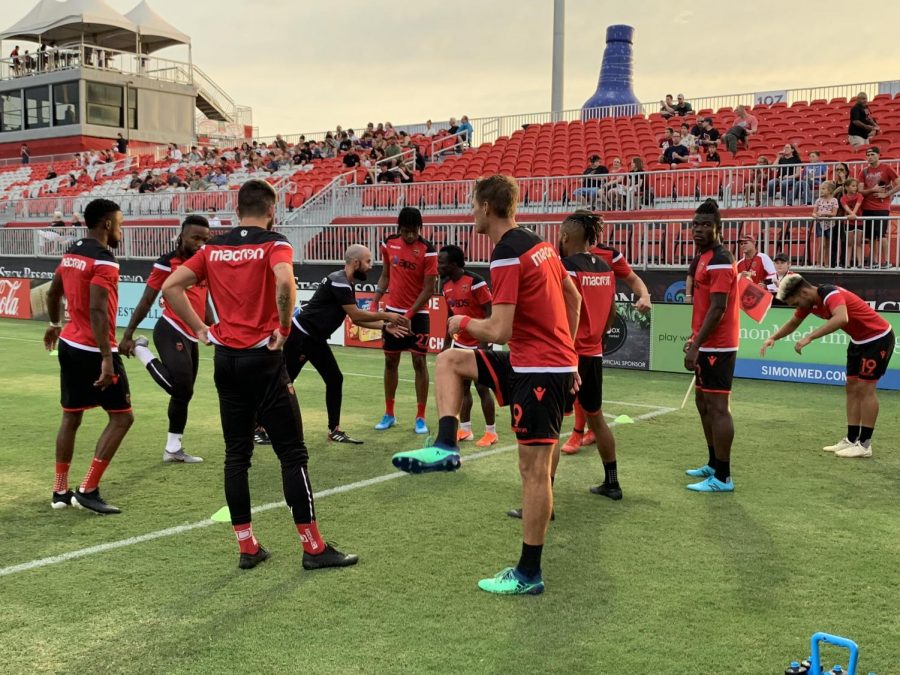 Players before the game

El Paso did not play their scheduled game last week because of the tragic, mass shooting that occurred there.

Before the game, there was a special presentation to honor the victims as well as a moment of silence from those in attendance.

Rising Midfielder Jose Aquinaga opened the scoring Saturday night when he fired it past El Paso goalkeeper Logan Ketterer in 21’.

Five minutes later, Locomotive Midfielder Edson Partida struck back with a goal of his own.

The play was quite physical during the first half, but very few warnings were given until just before halftime when Adam Jahn received a yellow card for Phoenix and El Paso racked up three yellow cards and a red, which saw James Kiffe leave the game in 45’.

Striker, Solomon Asante scored a penalty goal in 73’ which wound up being the game-winner for Rising and the team’s thirteenth win in a row.