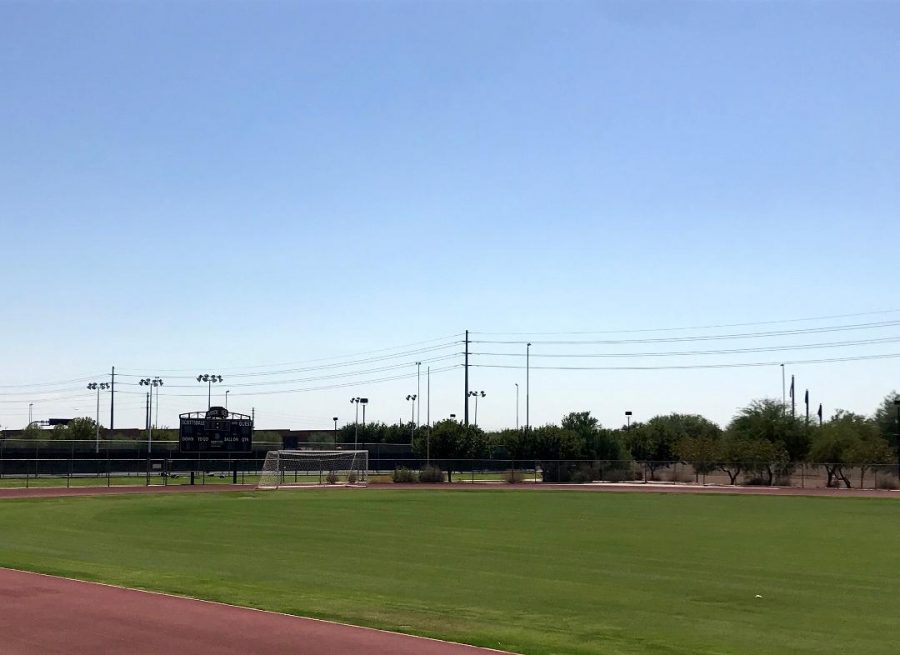 The team, under three-year head coach, Ramiz Salbjic, is hoping to build on last season’s success during playoffs and go to the semifinals.

The program has been gaining momentum since 2017 when a new coaching staff took over and focused on recruiting.

“Last year we had a very young team, 21 freshmen on the roster,” Salbjic said. “90% of the freshman class is back. We have a bigger roster than usual this year, we are carrying 28.”

Returning forward, Ashton Langhofter, a stand out last season, has already scored in the first two games of 2019 season

“We have basically the leading goal scorer in the conference returning, Langhofer. Obviously, she’s going to have a target on her back hopefully if she can get anywhere near her production last year, would be very beneficial for us,” Salbjic said.

With a bigger roster and a majority of returning key players, the team has a very positive outlook for the season.

All Scottsdale home games will be played at the former football stadium.

The team has played several home games there in previous seasons, so it will not be an unfamiliar feeling for the players.