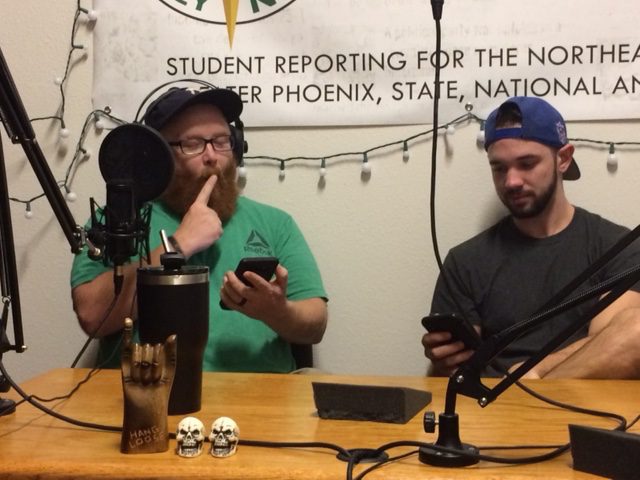 Buck and Donovan try to figure out why Ole's team is so bad!

It’s a new semester and a new season of “The 2:15”! This week’s show kicks off a brand new segment called “Fantasy 15”. It’s a 15 minute fix for your NFL fantasy needs. A show for the recreational fantasy player. This week, Buck, Donovan and Ole introduce the Northeast Valley News fantasy league and try to figure out what went right or wrong with our new teams.
The second segment features the first episode of the new season of “Deepish Thoughts” and a new deepish thinking crew. Ivana Iguana, Mike Stanley and Ole Olafson discuss why Americans try to discredit conspiracy theories and those who believe them so quickly.