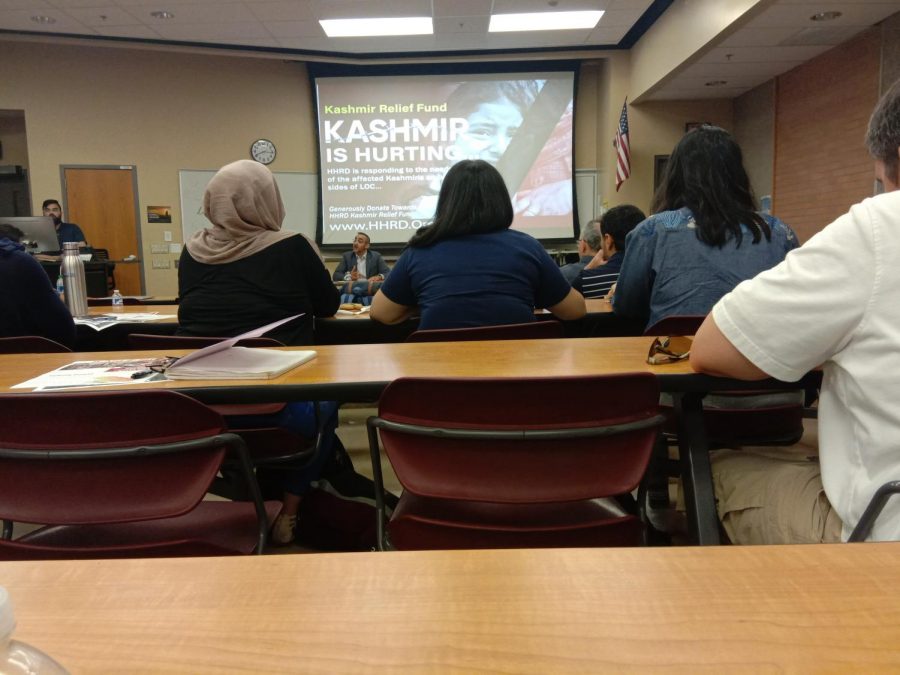 A film screening of the documentary, “Stand with Kashmir” and a panel discussion of the escalating problems for Kashmir was held at Arizona State University on Sept. 19.

On August 5, India’s Hindu nationalist government removed the autonomy that had been in place under Article 370 of the Kashmir region— Indian forces sent in troops to the region in order to subdue any unrest.

Article 370 was the long-standing, 70-year old provision that centered around the region of the Kashmir valley bordering Pakistan and India. This region has been the catalyst for conflict between both countries since the 1947 partition of British India.

But the Article 370 provision gave autonomy to the state of Jammu and Kashmir, which includes the Hindu-majority area of Jammu and the Muslim-majority Kashmir valley.

Kashmir continues to be a disputed territory between India and Pakistan; the two countries have gone to war over it two times and recent attacks between both have escalated the conflict.

The August removal of Article 370 through the prime minister’s order faces legal challenges because the provision, according to many legal scholars, cannot be abolished under constitutional rule.

By Saturday, August 10, a complete lockdown was ordered by India one day after a huge protest ensued between Kashmiri’s and Indian security forces upon word of India’s Hindu nationalist prime minister, Narenda Modi’s removal of Kashmir’s autonomy.

Food shops have run out of basic necessities. Lines of communication from cell phones to landlines to the outside world have been severed.

Few journalists have been able to make their way into the region.

Many local politicians and party workers have reportedly been arrested and curfew was imposed in the main city of Srinagar.

“There’s a long history of violence, pressure and abuse in Kashmir by the Indian government and there’s a long-standing policy that has been articulated by the members of BJP party to change the demographics of Jammu and Kashmir,” said Imraan Mir- author of the book, “A New Kashmir,” and panel spokesperson.

A student in attendance for the panel and screening with connections to the Kashmir region did not want to be identified but spoke with Northeast Valley News.

“I landed in San Francisco on the 29th of July and was at the same place till the 4th of August and that was the last time I had talked to my family who are in Jammu and Kashmir, I also have to borrow money from 10-15 of my friends to pay my fees of University,” the student said.

A petition to “Stand with Kashmir” was discussed among the panelists as well as information about a gathering in support of Kashmir that took place at the Arizona State Capital on Sept. 27.