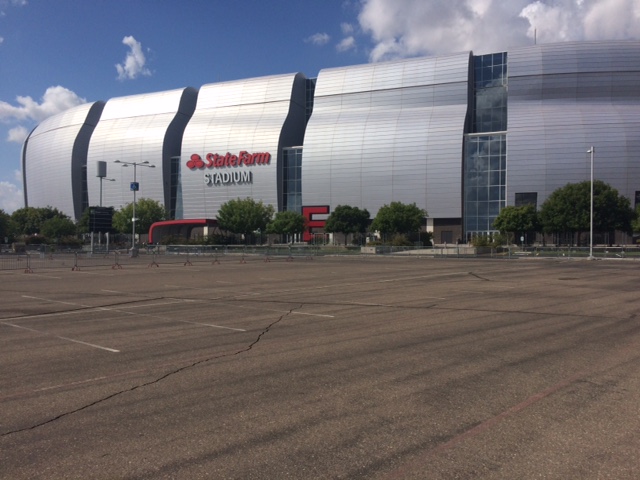 Another NFL Sunday in the books and another loss for, the Arizona Cardinals—this time against the NFC West rival Seattle, Seahawks, officially dropping the Cardinals record to 0-3-1.

The Cardinal’s first drive started out well getting the ball down to the Seahawks 38 yard-line before settling for a field goal in which Zane Gonzalez—heading into the game had a perfect record— ended up missing the attempt.

Things got worse for the Cardinals from there.

On the Cardinal’s second drive, Kyler Murray threw his fourth pick on the year off a poorly executed screen pass that was caught by the former number one overall draft choice, Jadeveon Clowney, who ended up returning the interception all the way back for six points.

The rout went on from there when yet another opponent’s tight end found the end zone with Russel Wilson hooking up with Will Dissly for a touchdown and a 20-3 lead into the half.

The Cardinals didn’t score their first touchdown until 10:24 in the game’s final quarter, when Kyler Murray ran it in from nine yards out. It was Murray’s first ever career rushing touchdown.

The Seahawks scored again off of a nine-yard run from backup running back C.J. Prosise taking the lead to 27-10.

The best moment in the game for Cardinals fans was when Larry Fitzgerald passed Tony Gonzalez on the league’s all-time reception list, moving him up to second all-time —trailing only hall of famer Jerry Rice, who was in attendance to congratulate Fitzgerald.

“You want to play better obviously. Negative plays have hurt us offensively and then defensively untimely penalties at times and some missed tackles. It’s all of us coaching. Coaches and players together have to get better. I like the competitive spirit were playing with— I think execution is lacking at times and that’s on all of us,” Kingsbury said

“Self inflected wounds some of those are on me with negative plays not throwing the ball away. Just trying to take negative plays,” Murray said

Another loss has Cardinals fans asking whether or not Defensive Coordinator, Vance Joseph, is on the hot seat since his defense ranks in the bottom three of the league in total defense allowed— the inability to cover tight ends has already resulted in one job loss. The Cardinals announced that they had parted ways with veteran safety D.J Swearinger who they had picked up from waivers back in week 16 of the 2018 season.

Bob McManaman, of azcentral.com talked about the potential pressure on Vance Joseph to get the defense turned around

“As for Joseph, yes he’s under immense pressure. The team just released its starting safety for performance reasons and if he isn’t careful, his job could be on the line. Hasn’t been able to get coverages right to contain tight ends and his system isn’t curtailing the big chunks plays that keep killing the defense. it’ll help when Peterson gets back but its already too late,” McManaman said.

As more and more losses mount, it’s become clear that General Manager, Steve Keim has failed to build an NFL caliber roster. Still, many fans believe the let downs have been seen in the first round and the recent free agent signings are the reason the Cardinal’s haven’t been close to being competitive the last couple of seasons.

The Cardinals face the Cincinnati Bengals, also winless, on Sunday.

If the Cardinal’s lose to the Bengals on Sunday—it’s a safe bet there will be some major changes in the offseason.