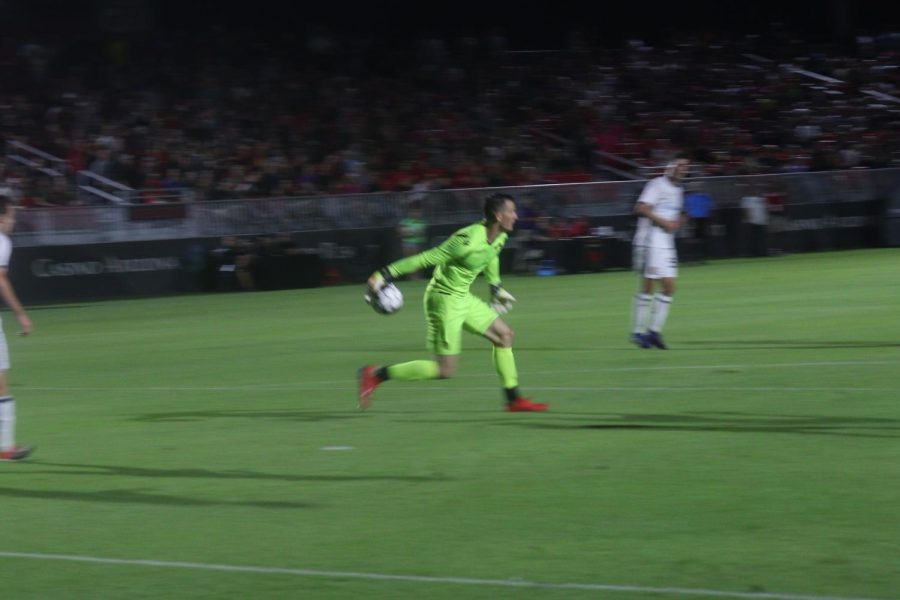 On Saturday night, Rising returned home to Casino Arizona field after a three-game road trip that started on September 25, with a loss to Fresno which ended their record-setting consecutive game win streak at 20 games.

After losing to Fresno, Phoenix tied New Mexico 2-2 at Isotopes Park and scored a decisive 5-2 victory in Portland against Timbers 2.

Rising came home to host the #4 Real Monarchs from Salt Lake who they beat 4-2 at Zions Bank Stadium back on May 25.

The first half was a defensive battle with neither team scoring a goal.

Phoenix cranked up the offensive pressure and the physical play in the second half.

Salt Lake broke the scoreless tie when Maikel Chang scored a penalty goal in the 74’.

It took Rising striker Ben Spencer less than 10 minutes to answer back with his 5th goal of the season.

Phoenix defender Amadou Dia received a yellow card in the 86’.  Moments later Konrad Plewa for Real Monarchs and Rising’s Corey Whelan received red cards for a scuffle they were involved in just before the end of regular time.

Rising wrap up their regular season at home this Friday when they host OKC Energy on their ever-popular $1 Beer Night.