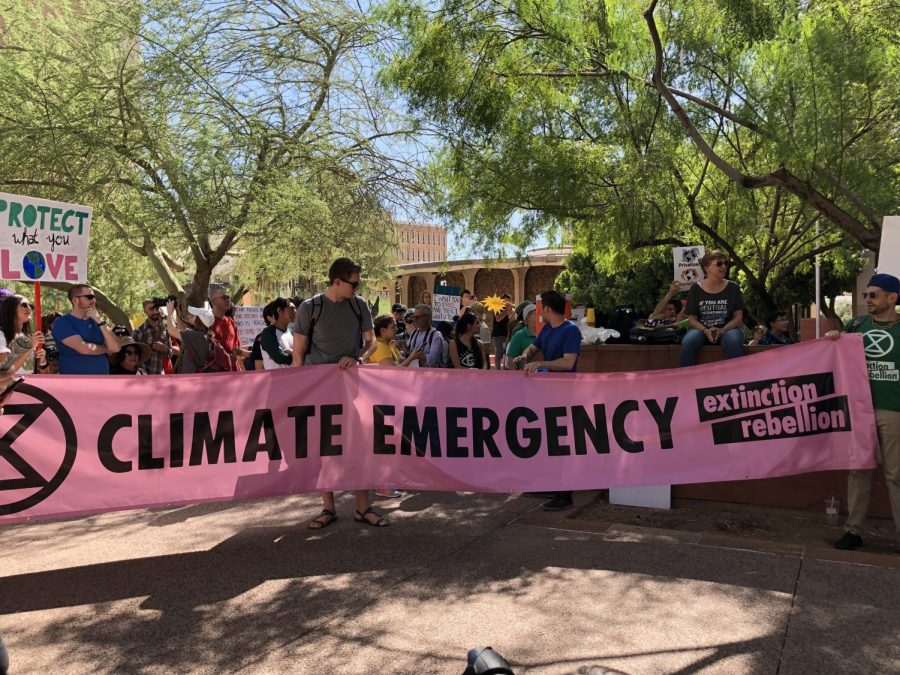 On Sept. 20,  the Youth Climate Strike students advocated for climate action in Phoenix and around the globe.

Cities in Arizona like Tucson, Prescott, Payson and Flagstaff also gathered to demand that their respective politicians take “action to fight the climate crisis on all levels of government” according to AZ Youth Climate Strike press release.

The youth voiced their concerns on the growing issue of climate change.

Zero Hour and Arizona Youth Climate Strike (AYCS) started because of the United Nation’s 2018 IPCC special report where “they became passionate about the importance of ending the use of fossil fuels, using science to direct our environmental policies and a fair and just transition to renewable energy and a green economy.”

According to the reports given at the Climate Action Summit at the United Nations (UN),  a New Climate Economy would require new policies and investments to shape the following 10-15 years and the report found leaders willing to research and help the economic future while also being environmentally supportive.

“The report found that levels of heat-trapping greenhouse gases in the atmosphere have reached another new record high,”  according to The World Meteorological Organization.

Rapid, far-reaching and unprecedented changes in every aspect of society in the next 2-3 years is critical.