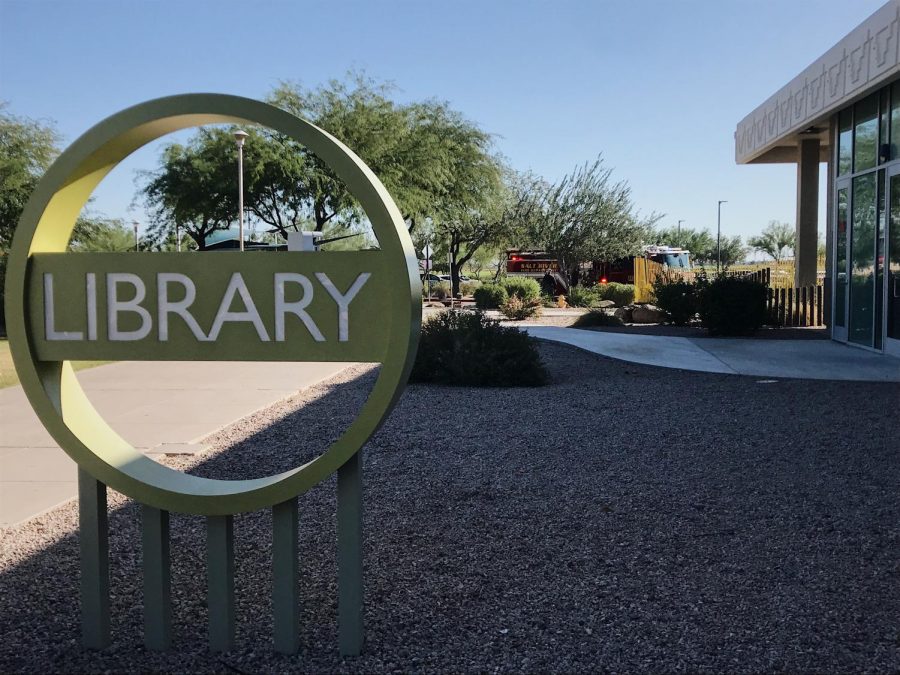 The unexpected fire alarm at the Scottsdale Community College (SCC) library, yesterday Tuesday, Oct. 15, disrupted the afternoon of a lot of students and workers, as well as worried them.

The Salt River Fire Department was present with 3 trucks, to clear the building. They were seen after on-campus maintenance and security were there and checked the building to make sure it wasn’t a problem with the alarm system, as it wasn’t a scheduled fire drill.

Before the Salt River Fire Department arrived at SCC, the cause of the fire alarm was identified. Security believed that a student smoking in the unisex bathroom set off the alarm. This was later confirmed by the Fire Department. No student has been identified for smoking inside the building.

A staff member was bothered when the cause of the fire alarm was identified, as she expressed that this wasn’t High School anymore and even though is a smoke-free campus that they could smoke elsewhere without affecting other peoples afternoon.

After approximately 20 minutes of waiting for the building to be cleared, the library staff was able to go in first and all the students were let in by security after the staff was in the building.