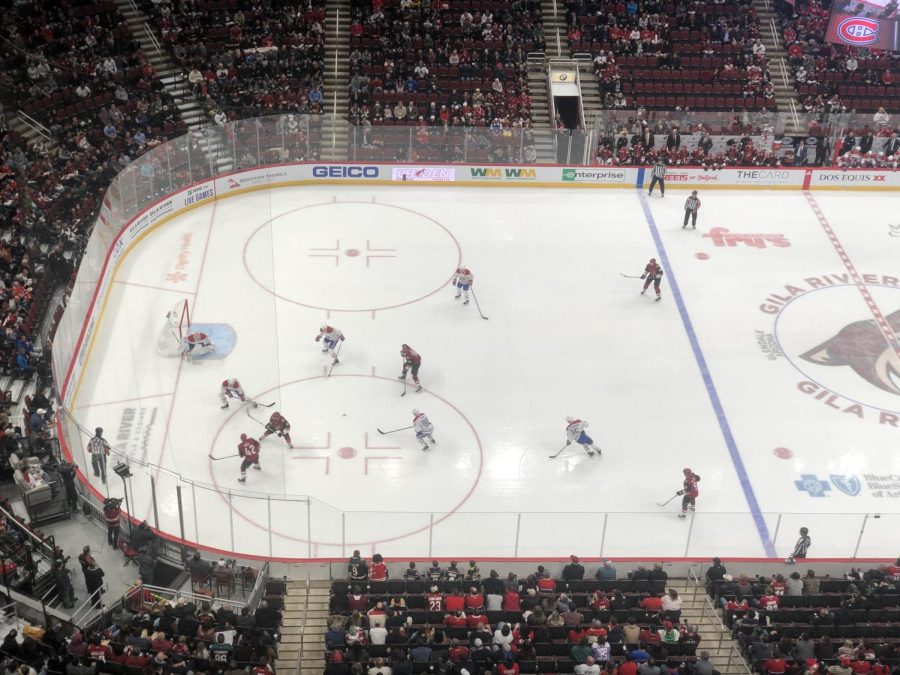 The Coyotes came off of a 3-1 week-long four game east coast road trip and returned home to face the Montreal Canadiens on Wednesday night at Gila River Arena.

The Coyotes offense that was so good during that road trip was missing against the Canadiens and reminiscent of the team’s early season offensive struggles.

Montreal’s Brendan Gallagher scored his 6th goal of the season in the first 20 seconds of the game. Montreal came inches away of making it 2-0 before goalkeeper Antti Raanta plucked a shot from midair after Montreal forward Jonathan Drouin had a clean look at goal. The period ended with the Coyotes outshooting the Canadiens 14-13.

The second period was almost identical to the first period, when, once again, Montreal scored in the first 30 seconds of the period. Defenseman Shea Weber scored the game’s second goal to put the Canadiens up 2-0. The Coyotes had their best chance in the game when Derek Stepan had a one on one with goalkeeper Carey Price. The attack was halted after Shea Weber was called for tripping on the play. The second period finished with both teams even at 22 shots.

Period three was more of the same with another early goal for the Canadiens and after former Coyotes player, Nick Cousins, scored in the first minute of the third period to put Montreal up 3-0.

The Coyotes finally showed signs of life after defenseman, Jakob Chychrun scored his second goal of the season early in period three.

That point moved Chychrun up to 5th all time in franchise points list by a defenseman before their 22nd birthday. Jonathan Drouin sealed the game after scoring the final goal with 11 minutes to go and ended 4-1.

“The start of the first period and the start of the second. Seconds in they’re killers you can’t give freebies to Carey Price he’s too good of a goalie. And we missed the net a bunch of times,” Tocchet said.

The Coyotes look to bounce back at home on Saturday night when they meet the Colorado Avalanche at Gila River Arena.