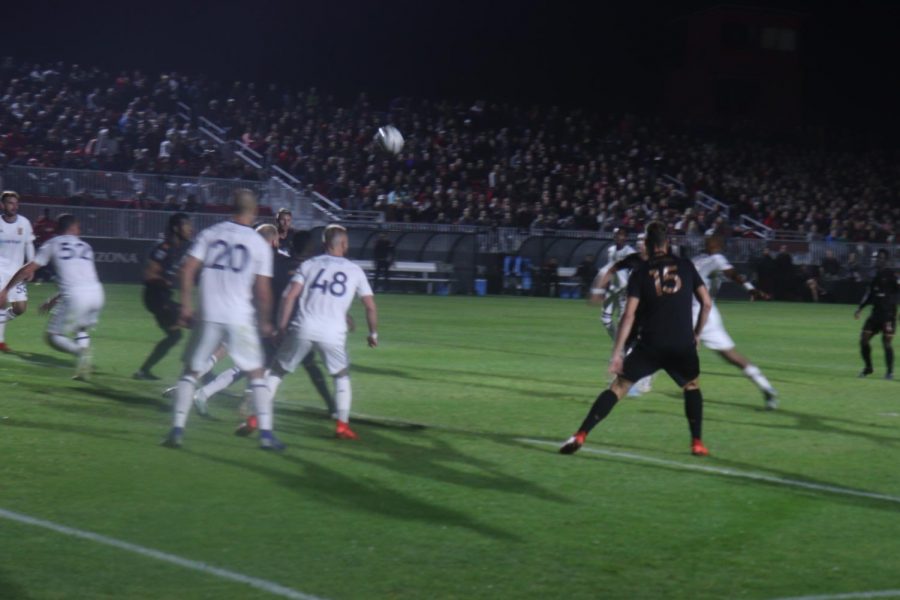 In a season where so many records were set, so many goals scored and so many games won – Lightning struck twice  at Casino Arizona Field.

In Friday night’s Western Conference semi-final match, Rising had a chance for revenge against Real Monarchs, the only team to defeat them at Casino Arizona Field this season.

Phoenix wound up 13-1-4 at home, thanks to a 1-2 loss in the second-to-last game of the regular season to these same Real Monarchs.

Rising fans might have been hoping for a fast start after last week’s draw against Austin Bold and the fact that Phoenix is 21-0 this season when scoring first.

Everything seemed to be going according to plan when Rising striker Junior Flemmings opened the team’s playoff scoring in the 25’ assisted by Adam Jahn, who had five helpers during the regular season.

Maikel Chang made it 2-1 Real Monarchs late in the half and Salt Lake City took that one goal lead into the locker room.

Real Monarchs came out of the half with a strong defensive effort against an aggressive Rising attack.

Even with a flurry of shots in added time, Rising just couldn’t seem to find the net and tie the game against the tough Monarch’s defense and goalkeeper David Ochoa.