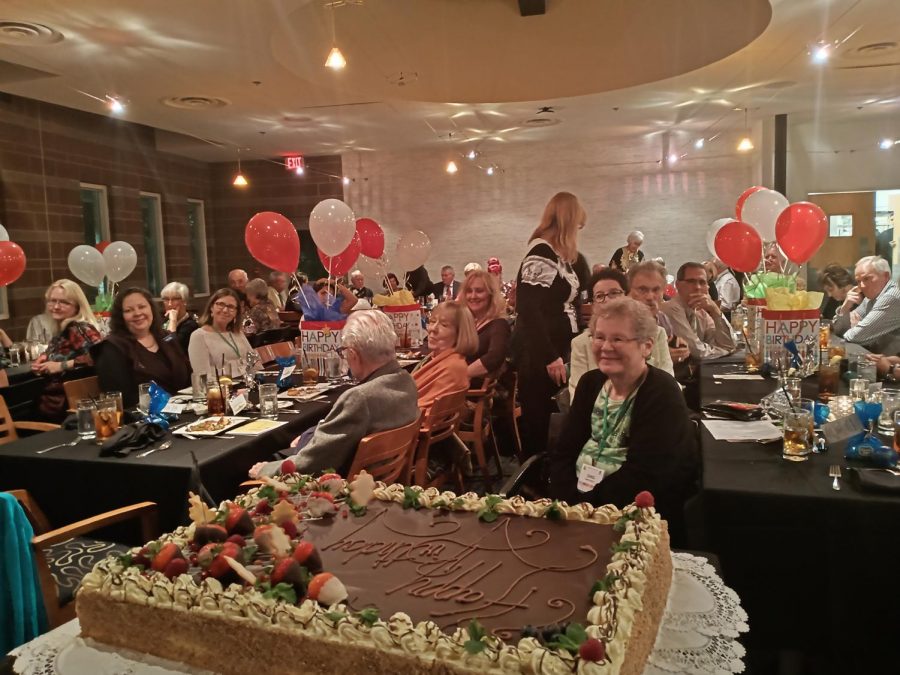 November 6 marked the 50th anniversary of the Scottsdale Sister Cities (SSCA). The celebration began with a wine reception in the PV home of Kathy George followed by the dinner event at Scottsdale Community College’s (SCC) Culinary Arts Dining room.

The whole tables were dedicated to all the board members and students of SSCA, guests and all those who were worked behind the SSCA programs.

Members said that they are excited to see this energy and fervor, 50 years after SSCA.

Megan Young, Community College Initiative Program Director and Secretary of Scottsdale Sister Cities says, “I have only been involved with sister cities for only four years. I am so excited to hear about the history, be here to celebrate 50 years and can’t wait to see where the organization is at on it’s 75th anniversary”.

The members were dressed in costumes and colors of their favorite sister cities. The event was filled with fun by playing trivia contests, meeting long term friends, learning about the history and news of Scottsdale Sister Cities. The birthday gifts were welcomed and accepted.

“It was really so cool to learn that the sister cities grew with Scottsdale. I mean, once sister cities was started Scottsdale was small city and now its a huge city and it’s well known across the country and I think thats really cool that sister cities was able to grow with the city” says Kassidy Gardner, Senior Chaparral high school who has been involved in Sister cities for the past three years.

Sandra Zally, a board member involved in the art programs said that it is a fantastic event. In the 50 years of celebration, Sandra shared her opinion about Sister Cities, “I think it’s so unique because it encourages more people of all ages to reach their potential by exploring peoples lives and places around the world”.

Lisa White, President of Scottsdale Sister Cities says that the planning for the 50th birthday celebration was started in the summer. “The decorations was so much like a birthday party the program of having the history from 50 years ago from the newspapers was really fun, having students here from around the world. It was fun to have such a diverse group of people here to celebrate and the SCC Culinary arts wonderful meal and the beautiful birthday cake” Lisa said.