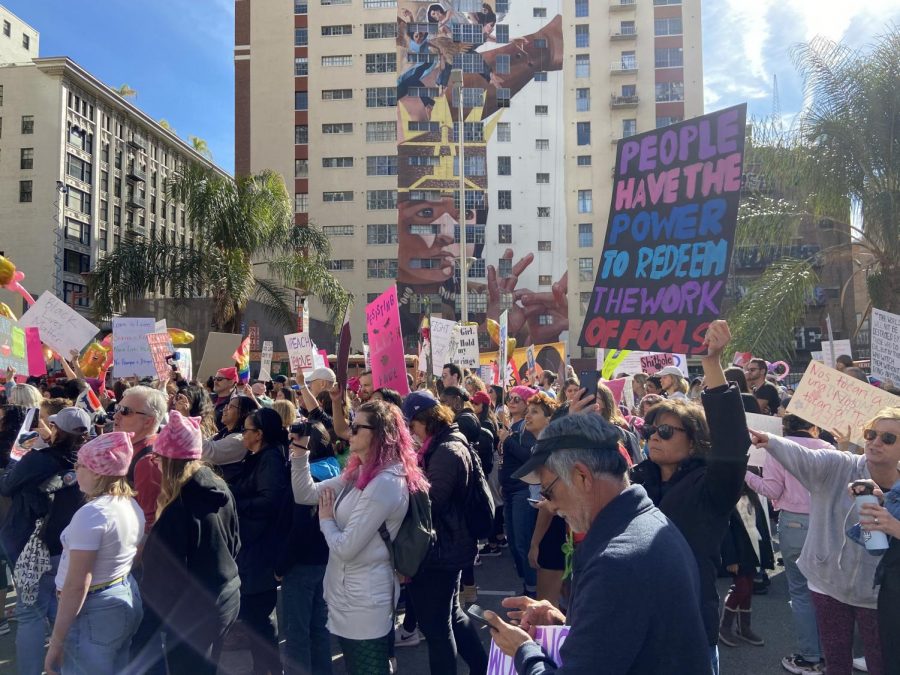 Millions of marchers across the nation took to the streets to make themselves heard, protesting Trump administration policies as well as celebrating and advocating for women’s rights such as increasing women’s political participation, boosting women’s economic empowerment, and putting an end to violence against women.

The march also marks three years of resistance to the Trump presidency and Trump’s controversial comments about women which were considered by numerous individuals as anti-women.

However, the focus itself is more than racial equality and expands to issues such as social justice for people regardless of race, ethnicity, religion, sexual orientation, political affiliations, disabilities and background.

The idea for the Women’s March started in 2016 after Trump defeated Clinton to win the 2016 United States presidential election. Trump attracted much attention during his campaign through his political views and inflammatory and controversial comments against women.

Soon after the election, a retired American lawyer in Hawaii, Teresa Shook took initiative by proposing a march in Washington D.C. and asking a few friends to join her as a protest against Trump’s victory and promoting women’s rights.

Thousands of women, activists and organizers supported her initiatives and signed up to march and began planning the event the day after the inauguration of President Donald Trump, January 21, 2017 in Washington D.C. Marches were also soon scheduled for other cities across the United States and has inspired others all over the world.

A first-time marcher and activist, Kayla Asha Hewitt told Northeast Valley News about her enthusiasm and her hope participating in Saturday’s march.

“This is my first time doing the Women’s March. I am here because the PSL thing is important to have like constituencies out there to show that as a party for social and women liberation, we stand with women and all countries and all places facing all matter of oppression,” Hewitt said.

Even though the majority of people taking part in a protest march were women, a considerable portion of participants were men and boys of all ages. Frankie Jester, member of one of the anti-war organizations in L.A told Northeast Valley News why it was crucial for men to participate.

“It is important for everyone to be out here because we need to be allies in this struggle, we can’t just let, we can’t let women fight this fight on their own because if we are not out there with them they aren’t part of the problem,” Jester said.

The march started from Pershing Square at 10 a.m. to City Hall and it featured a series of speeches and musical performances.