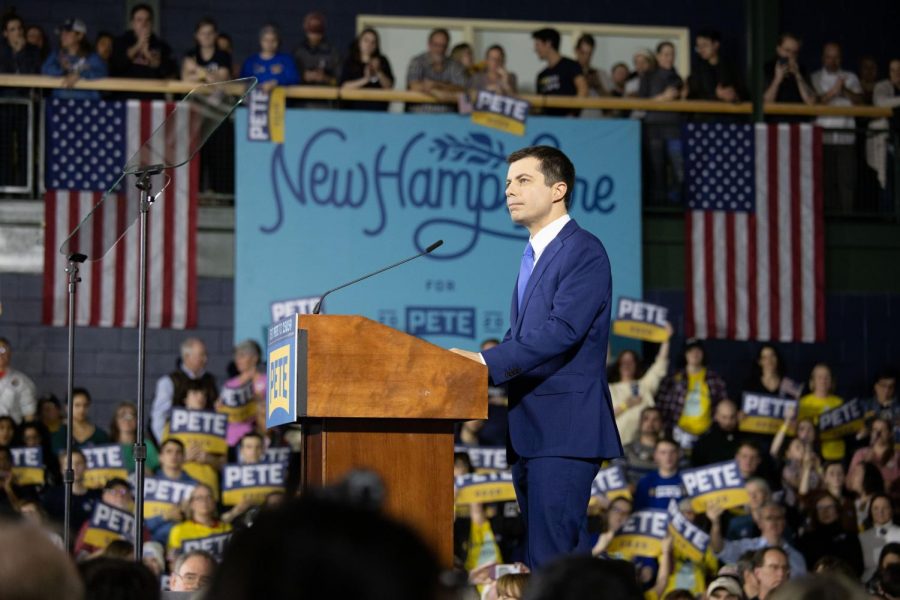 The New Hampshire primary results placed democrats, Bernie Sanders and Mayor Pete Buttigieg in the lead, while two other democratic candidates drop out of the presidential race.

After the Iowa caucus confusion, attention turned to the first primary and second nominating contest of the 2020 presidential cycle.

On Tuesday, Feb. 11, New Hampshire voters headed to the polls to vote in the primary with results coming the same night. According to the Associated Press, Senator Bernie Sanders led with 25.8 percent, Mayor Pete Buttigieg followed with 24.4 percent, and Sen. Amy Klobuchar, D-Minn, Sen. Elizabeth Warren, D-Mass, and Former Vice President Joe Biden, respectively, are at 19.9 percent, 9.6 percent, and 8.3 percent.

Sanders enjoyed his first victory in New Hampshire in 2016, defeating Hillary Clinton in the primary.

In his victory speech Tuesday night in Manchester, New Hampshire, Sanders said his win was a good start toward defeating Trump.

“And let me say tonight, that this victory here is the beginning of the end for Donald Trump.”

On the same day, two of democratic candidates announced that they were ending their bid for the Democratic Presidency. Andrew Yang and Colorado senator Michael Bennet decided to end their Democratic presidential campaigns.

According to The New York Times this decision came after disappointing results in Iowa as well as in New Hampshire.

On the Republican side, Trump easily won the New Hampshire Republican primary. Trump was leading with 85.5 percent of the vote, defeating three other Republican contenders, Bill Weld, Mary Maxwell and Joe Walsh who were at 9.1 percent, 0.6 percent, and 0.6 percent respectively.

New Hampshire may not have a significant impact on how long the candidate might stay in the race, particularly in relation to the early March states that are coming up. However, doing well in this state is a good start and makes it easier for a candidate to raise enough money to fuel their presidential bids and keep going on to the next states.