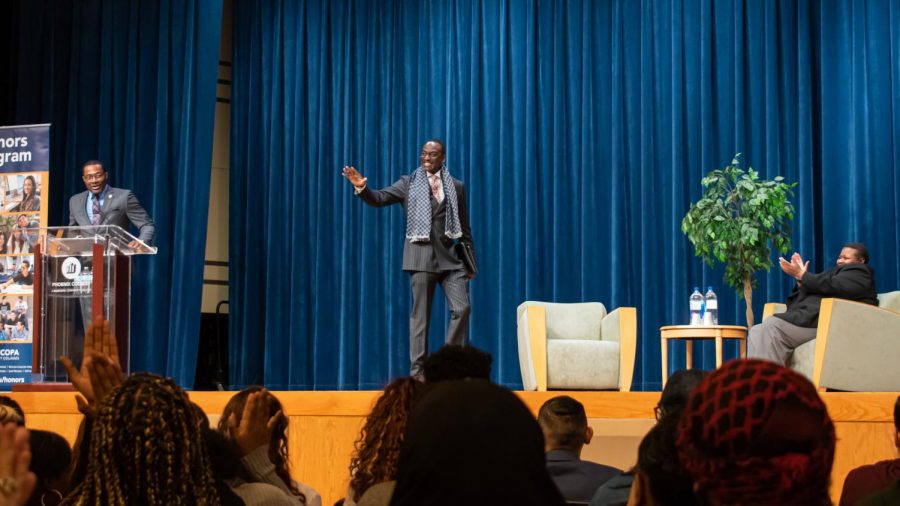 The exonerated central park five consisted of five boys who were convicted of attacking and raping a female jogger in New York’s Central Park in April of 1989.

The five boys- four Black and one Latino- were coerced by the NYPD to confess to the rape and attack of Trisha Meili, the jogger who was found later that night badly beaten and sexually assaulted. Because of the injuries she remained in a coma for 12 days.

This case was better known as “The jogger case”.

Despite the lack of physical evidence connecting these five teenagers to the crime, forced confessions by physical violence, false promises and fear drove them to say what the officers wanted to hear.

They spent between 7 to 13 years behind bars, before the actual criminal confessed to his crimes. The court vacated the convictions of the five in 2002 and they are now exonerated.

Dr. Salaam, a member of the board of the Innocence Project, shared a powerful message with the audience at Phoenix College last night, answered questions from the audience, and shared his unique experiences and the viewpoints from them.

“I just really had to be here because this is history and very rarely do we get a chance to sit with someone, talk to someone who has made an impact in America on America. I’m still just in awe of him because his calm demeanor and his energy for the fact that he went through all of that and is still able to smile that’s just amazing” said George Childs a student at Phoenix College and member of a local men’s organization who was ecstatic about meeting Dr. Salaam as he looks up to him and everything he represents. “He’s an inspiration”.

Andrea Banks a staff member of Maricopa Community Colleges stated that she was here to hear the story of Dr. Salaam as she is fascinated, heartbroken, and inspired by the series of events.

The five men received a settlement of $41 million from the city in 2014 after filling a lawsuit against the city of New York for discrimination and emotional distress.