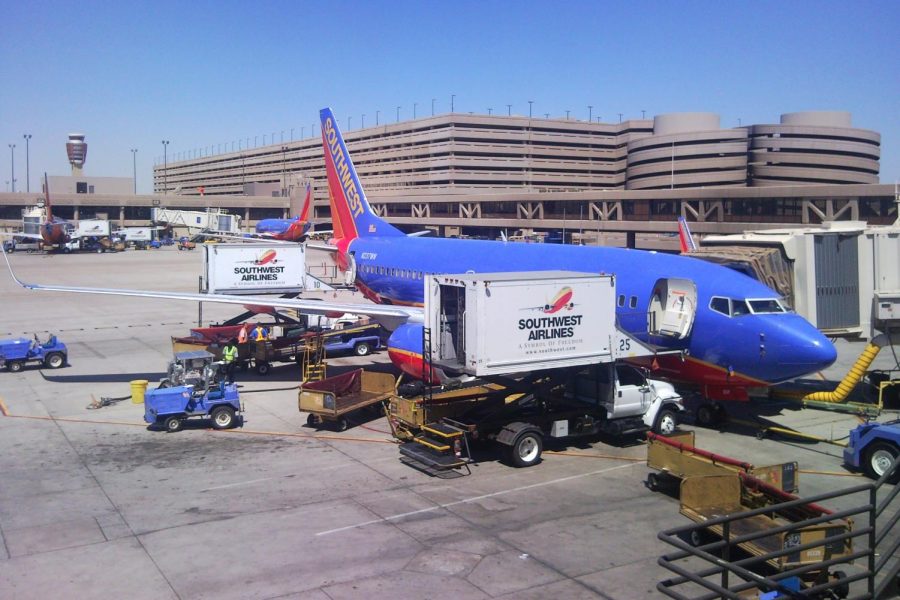 It appears that Phoenix Sky Harbor airport will remain open, at least for the time being, regardless of travel restrictions and concerns over the Coronavirus (COVID-19).

Melissa Yeager reported for Arizona Republic today that American Airlines has reduced its number of international flights by roughly 75%.  The article reports that Delta and United are following suit, reducing their international capacity by 40% and 50% respectively.

Southwest Airlines reported it would reduce its domestic flights by 20% through June.

A spokesperson for Sky Harbor reportedly told Arizona Republic that traffic is down 30% overall when compared to the same time a year ago.

A Sky Harbor employee who is familiar with nevalleynews.org said the airport is cutting hours and shortening shifts in their work department.

The airport reportedly employs well over 57,000 people directly and may impact close to 270,000 jobs statewide, according to a report by a local business school.

Yeager’s article also reported that Phoenix-Mesa Gateway Airport on the east side of the Valley has not been as adversely affected.  A spokesperson for Gateway suggested that airport’s relatively higher proportion of leisure rather that business travelers accounted for their more consistent traffic.

Gateway apparently has not had to make any personnel changes to this point.

The New York Times updated global-travel bans today.  The article reports that on Mar. 11, the United States has banned foreign nationals from entering the U.S. who have visited China, Iran and the Schengen Area of Europe in the last 14 days.  The Schengen Area is made up of 26 countries, including Italy, France, Spain and Scandinavia.

Yesterday, the ban was expanded to include foreign nationals from the United Kingdom and Ireland.

Furthermore, beginning Mar. 13, U.S. citizens and legal permanent residents returning from high-risk areas are required to fly into one of 13 designated airports.  Phoenix Sky Harbor International is not included on that list.