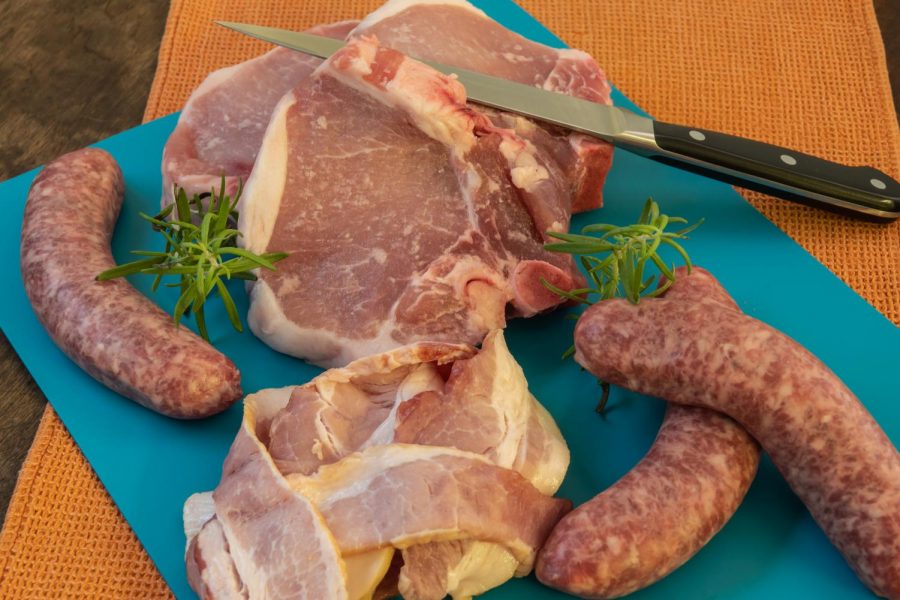 On Saturday, The New York Times reported the nation’s meat plants have become the food chain’s “weakest link” with the increase of employee COVID-19 infections.

Meat processing is labor intensive as it requires cutting or bone removal by hand.

Employees at meat plants face challenges in social distancing as they work in close proximity.

“The closure of this facility, combined with a growing list of other protein plants that have shuttered across our industry, is pushing our country perilously close to the edge in terms of our meat supply,” Smithfield’s chief executive officer Ken Sullivan said in the statement. “It is impossible to keep our grocery stores stocked if our plants are not running.”

The New York Times reported that South Dakota Governor Kristi Noem publicly asked Smithfield Foods to close the Sioux Falls pork plant when testing showed their employees accounted for almost half of the COVID-19 cases in the city and county.

Tests later showed out of 3,700 pork plant employees, almost 16 percent were infected effectively creating one of the largest “hot spots” in the nation. One worker has died from COVID-19, according to the state.

The Centers for Disease Control and Prevention has visited the closed plant and will release recommendations on how to prevent another outbreak when it reopens.

National Public Radio (NPR) reported JBS USA had a plant closure in Souderton, Pa. and a shortened production run in their Greeley, Colo. plant due to employee absences.

Three days later, The Washington Post reported the Greeley plant was closed due to positive tests of employees.

The United Food and Commercial Workers union reported more than 50 positive employees at the Greeley plant.

Then, The New York Times reported Colorado officials announced on Wednesday, four employees at the JBS USA Greeley plant had died from COVID-19.

WBRE/WYOU-TV reported an unknown number of Cargill employees have the COVID-19 but Hazelton has the largest number of COVID-19 cases in the county.

MSN reported almost 2 milllion chickens will be killed in the U.S. but will not be processed due to lack of staffing at processing plants.

In March, the U.S. Department of Agriculture’s Food Safety and Inspection Service gave Foster Farms permission to run a slaughter line at a faster speed. In April, it gave permission to Tyson Farms to run two lines and Wayne Farms LLC to run three lines at faster speeds.

In Canada, The Montreal Gazette reported Olymel, a Canadian company, is reopening it’s Yamachiche pork plant after a two-week closure due to COVID-19 amongst its employees.

At closure, the plant had nine employees with COVID-19 but later it was discovered that almost 100 employees had it.

Maple Leaf Foods, Inc., a packaged meat company in Canada closed its poultry plant in Brampton, Ontario for cleaning after three workers were confirmed to have COVID-19. The Canadian Press reported that the sanitization process was completed and the plant has reopened.

The Canadian Press also report the closing of the Cargill meat-packing plant in High River, Alberta, Canada. The plant has almost 2,000 employees and over 350 employees are linked to COVID-19 cases.

Harmony Beef in Alberta, Canada closed its cattle slaughter house for two days after and employee was confirmed with COVID-19.The plant will first complete the processing of three million meals to avoid food waste.

The U.S. Food & Drug Administration (FDA) posted on its website that there is no proof of food or food packaging being linked to COVID-19.

“Unlike foodborne gastrointestinal (GI) viruses like norovirus and hepatitis A that often make people ill through contaminated food, SARS-CoV-2, which causes COVID-19, is a virus that causes respiratory illness. Foodborne exposure to this virus is not known to be a route of transmission,” the FDA website said.