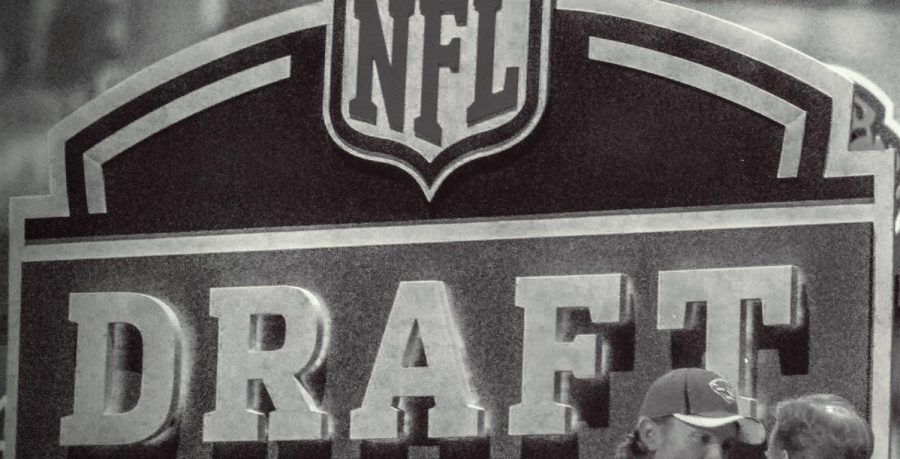 ABC and NFL Networks as well as ESPN and ESPN Deportes will provide television coverage for this year’s unprecedented draft format.

As a result of the COVID-19 outbreak, there will be no glitzy, Las Vegas, extravaganza with thousands of partying fans cramming “The Strip” and cheering for their favorite team’s draft selections as originally planned.  Instead, Commissioner Roger Goodell will announce the selections from his basement.

According to an article published today by Thomas Barrabi of FOX Business, coaches and team officials will coordinate draft efforts from their homes in order to comply with various restrictions in place to slow the spread of COVID-19.

Representatives from all 32 teams will be connected through a video conference and submit their draft picks digitally.  Barrabi reported there will be multiple backup options in case of technical difficulties, including a league-wide conference call and the authorization of three officials from each team to make their pick.  Also, as a fail-safe procedure, teams will reportedly be allowed to stop the draft clock if technical problems make it impossible for them to submit their pick during the specified time limit (10 minutes for the first round).

The effectiveness of the virtual format may prove more suspenseful than the actual draft picks.  The league conducted a mock draft on Monday and several team representatives reportedly experienced communication issues.  According to a tweet from ESPN’s Adam Schefter, a participant in the Monday trial claims a technical glitch occurred during the very first pick.

Accompanying this year’s draft will be the “NFL Draft-a-Thon” an effort by the league to raise awareness and funds for COVID-19 relief efforts.

The Draft-a-Thon will be hosted by ESPN’s Rich Eisen and former NFL and MLB star Deion Sanders.  It will run concurrently with the draft as a live stream on social media, You Tube, NFL.com, the NFL app and Twitch.  Comedian Kevin Hart will be featured during tonight’s first round.  Former and current players like Emmitt Smith and Tom Brady will make digital appearances in addition to musicians and other celebrities.

Fans will be able to make donations or bid on autographed NFL items and “exclusive packages” at an NFL Auction site.  Proceeds from the Draft-a-Thon are slated to be donated to the American Red Cross, Feeding America, Meals on Wheels, Salvation Army, United Way and the CDC Foundation.

The Arizona Cardinals will have the 8th pick in the first round on Thursday night after taking quarterback Kyler Murray with the first overall pick last year.

Rounds two and three will be shown Friday, beginning at 7 p.m. ET.  Coverage of rounds four through seven will take place on Saturday at 12 p.m. ET.