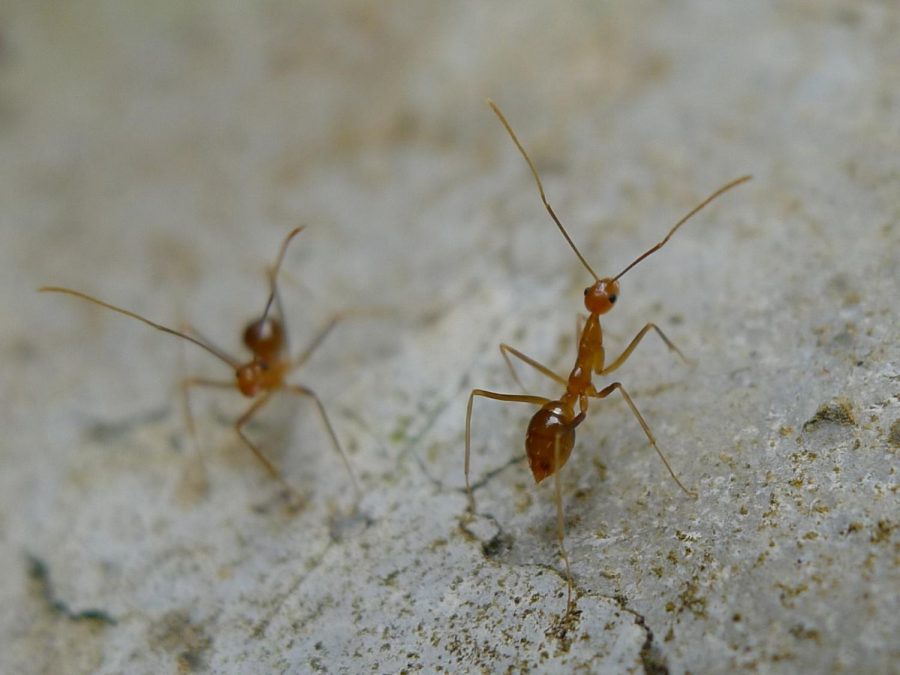 According to an article published by Vice News scientists are struggling to eradicate the ants, which are considered among the world’s worst invasive species.

Because of the dense jungle and rugged terrain it has been nearly impossible to eliminate the ants through conventional methods, so scientists created ant birth control, a non-toxic bait from helicopters to stop ants from reproducing.

Yellow crazy ants spray formic acid that disables their prey, wiping out native species like nesting seabirds, endangered yellow-faced bees and other insects according to the article. The ants invade seabirds colonies and engulf their bodies, causing malformed beaks, a loss of webbing on their feet, and difficulty breathing.

“We’re going to continue to lose all of these extremely special and amazing species as yellow crazy ants expand their range,” U.S. Fish and Wildlife Service biologist Sheldon Plentovich said. “We really have to figure out a way to control them or we’re not going to have anything left.”

In humans, the stings of fire ants can cause a burning sensation and individuals can be stung by hundreds of ants at once if they “rain” down on them from branches, causing welts on the skin can last for weeks.

“It was like a whole piece of my body was getting lit on fire,” said Mikia’ala Pua’a-Freitas, a native Hawaiian and Maui Invasive Species Committee member. She manages a property that is now infested, so she began as a field crew member for the ant eradication.

“It was a no-brainer to help be a part of the solution to eradicate these pests, because not only are they harmful and they hurt, but from a Hawaiian’s perspective, it could forever change the course of the way we live here in our homeland.”

Hawaii’s planned solution could be successful for other places that are trying to control invasive insects as well.  Scientists have warned that ants can quickly proliferate if helicopters miss infestations, so to pinpoint the bugs, dogs are trained to sniff out the tiny invaders on foot.