The Supreme Court rules for anti-discrimination against LGBTQ individuals 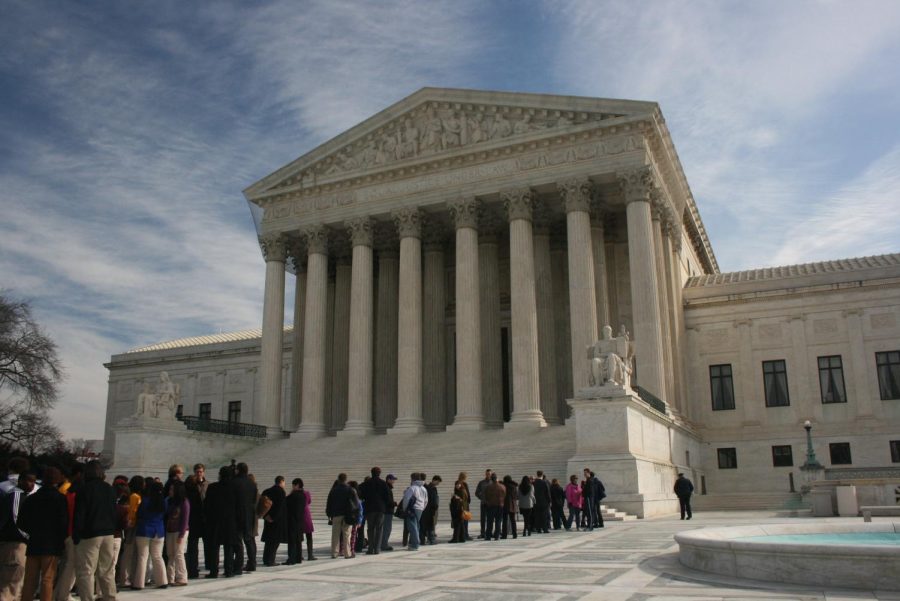 The US Supreme Court

The Supreme Court ruled on Monday, 6-to-3, to prohibit discrimination based on sex, including sexual orientation and gender identity.

According to a BBC article lawyers for employers who have been tried for discriminating against and terminating individuals who have publicly announced their gender identity or sexuality, argue the authors of the 1964 Civil Rights Act had not intended it to apply to cases involving sexual orientation and gender identity.  However,  Judge Neil who was nominated to the court by President Trump said acting against an employee on those grounds does necessarily take sex into account.

“An employer who fires an individual for being homosexual or transgender fires that person for traits or actions it would not have questioned in members of a different sex,” he wrote.

The Trump administration has sided with the lawyers defending the employers in this argument.

Under the Obama administration, the federal Equal Employment Opportunity Commission included gender identity and sexual orientation to enforce the anti-discrimination law but the Trump administration rolled back some protections in transgender health insurance and other areas, according to the article.

And now the Supreme Court, leaning conservative, announced their stance to protect their rights.

Sarah Kate Ellis, president of GLAAD said this is the end of people hiding their sexuality at work.

Religious groups have had many things to say.

For conservative Christian groups this could be a sign they are losing the American culture wars over sexuality and are concerned that it could affect how they operate their own institutions according to a New York Times article published on Tuesday.

Some faith-based organizations, such as schools and non-profits do not allow LGBTQ as staff because of their religious beliefs that sex should only be between a man and a woman who are married.

“No question it is going to make it harder to defend our religious freedom, as far as an organization being able to hire people of like mind,” said Franklin Graham, who leads Samaritan’s Purse, a large evangelical relief group.

For many, Justice Neil M. Gorsuch was a champion for conservative religious organizations because of his stance on abortion and now him writing for the majority on their opinion about why they ruled in favor of LGBTQ rights signaled the ruling from the conservative allies.

Justice Gorsuch recognized the existence of several religious freedom protections, including the First Amendment, the Religious Freedom Restoration Act of 1993 and a 2012 Supreme Court ruling that recognized a “ministerial exception” in employment discrimination laws, according to the NYT article.

“For women who have been victimized by sexual assault or abuse,” he wrote, “the experience of seeing an unclothed person with the anatomy of a male in a confined and sensitive location such as a bathroom or locker room can cause serious psychological harm.”

The Interfaith Alliance’s policy director, Katy Joseph, called it “a watershed moment for equality,” and the executive director for the American Humanist Association, Roy Speckhardt, said it was a sign that “even with the religious right entrenched in Washington, D.C., progress can still happen.”

Bishop Cynthia Fierro Harvey, president of the Council of Bishops for the United Methodist Church, said on Monday that she appreciated the Supreme Court’s decision.

“We have faithful followers of Jesus who both stand on very opposite interpretations of L.G.B.T.Q. issues,” she said. “My hope is that at some point we will look at ways that do honor and respect people for all that God has called them to be and do.”