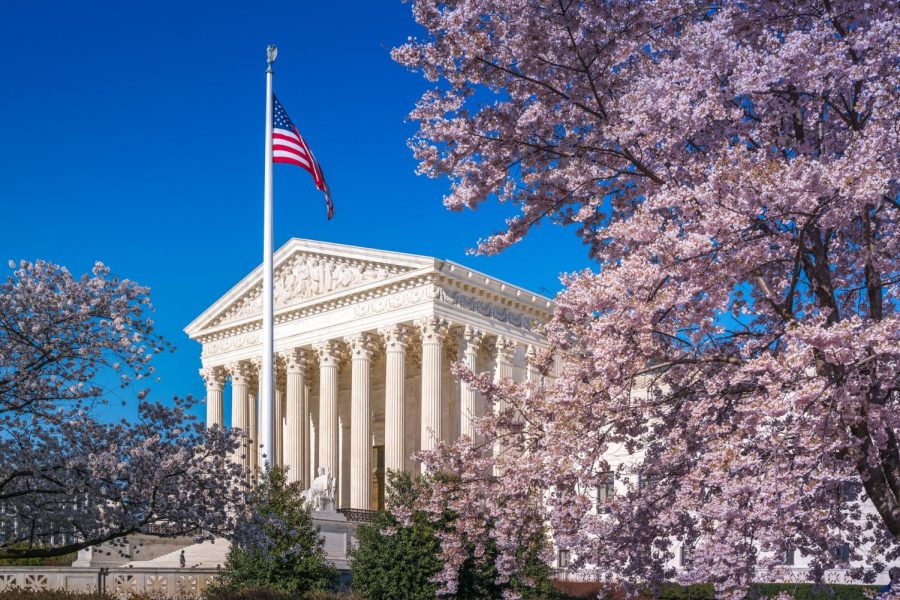 On Thursday, the Supreme Court ruled against President Trump’s attempt to dismantle the Deferred Action for Childhood Arrivals (DACA) program that protects nearly 650,000 undocumented immigrants who were brought to the United States as children, known as “dreamers”.

The ruling came in a 5-to-4 decision in which Chief Justice John G. Roberts Jr. wrote the decision of the majority.  The vote made him in the majority for the second time this week since protecting LGBTQ workers rights were concluded earlier in the week.

Although the Supreme Court is mostly conservative judges, Roberts has at times joined its liberal members to make clear to the president that his administration does not make the rules according to The Washington Post article.

Trump has often suggested that because of their conservative views the Supreme Court would protect him against adverse rulings from lower court judges.

“We need more Justices or we will lose our 2nd. Amendment & everything else,” Trump tweeted after Thursday’s ruling was announced. “Vote Trump 2020!” The missive was one of eight posts that also included his pledge to release a list by September of possible nominees for the bench if he is reelected in November. He added: “Do you get the impression that the Supreme Court doesn’t like me?” according to the article.

Trump’s first attorney general, Jeff Sessions, advised the new administration to end DACA, saying it was illegal.  However, because there are so many who have been using this program to further their education and create businesses, the lower courts found the directive to end it questionable.

The lower courts said the Department of Homeland Security did not properly weigh how ending the program would affect those who had come to rely on its protection against deportation, and the ability to work legally, according to the WP article.

“The dispute before the court is not whether DHS may rescind DACA — all parties agree that it may. The dispute is instead, primarily about the procedure the agency followed in doing so,” Roberts wrote in an opinion joined by Justices Ruth Bader Ginsburg, Stephen G. Breyer, Sonia Sotomayor and Elena Kagan.

He added: “We address only whether the [Department of Homeland Security] complied with the procedural requirement that it provide a reasoned explanation for its action. Here the agency failed to consider the conspicuous issues of whether to retain forbearance and what if anything to do about the hardship to DACA recipients. That dual failure raises doubts about whether the agency appreciated the scope of its discretion or exercised that discretion in a reasonable manner.”

“Since 2012, DACA recipients have enrolled in degree programs, embarked on careers, started businesses, purchased homes, and even married and had children, all in reliance” on the DACA program, Roberts wrote, quoting from briefs in the case.

“The consequences of the rescission, [advocates] emphasize, would ‘radiate outward’ to DACA recipients’ families, including their 200,000 U.S.-citizen children, to the schools where DACA recipients study and teach, and to the employers who have invested time and money in training them. . .In addition, excluding DACA recipients from the lawful labor force may, they tell us, result in the loss of $215 billion in economic activity and an associated $60 billion in federal tax revenue over the next ten years.”

Justice Clarence Thomas voted for ending DACA.  He said he agreed the program was illegal from the start and that instead of extending the legal fight the court should have recognized it, according to the WP article.

“In implementing DACA, DHS under the Obama administration arrogated to itself power it was not given by Congress,” wrote Thomas, who was joined in dissent by Justice Samuel A. Alito Jr., and Gorsuch.

“Thus, every action taken by DHS under DACA is the unlawful exercise of power. Now, under the Trump administration, DHS has provided the most compelling reason to rescind DACA: The program was unlawful and would force DHS to continue acting unlawfully if it carried the program forward.”

Justice Thomas added: “Today’s decision must be recognized for what it is: an effort to avoid a politically controversial but legally correct decision. The court could have made clear that the solution respondents seek must come from the legislative branch.”