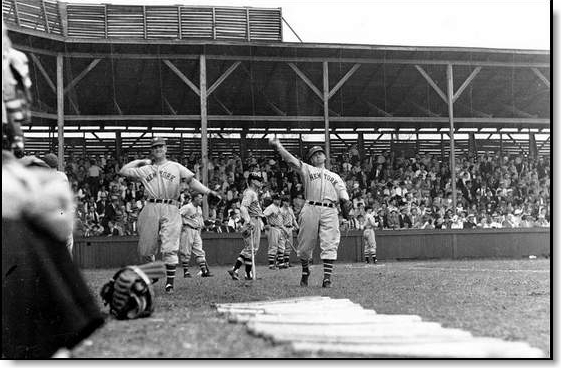 On Tuesday, Minor League Baseball (MiLB) announced that their 2020 season will be canceled.  It is the first time since the organization was founded in 1901 that no games will be played.

MiLB posted a tweet stating that MLB will not be providing players for their minor-league affiliates in 2020, causing the cancellation of the season.

According to a story posted by the Philadelphia Inquirer, because of the national emergency caused by the coronavirus pandemic, MLB was allowed to suspend its contract to provide players for its minor-league teams, known as the Professional Baseball Agreement.

The fact that almost all minor-league revenues come from gate fees and no fans would have been allowed because of coronavirus concerns also would have made the season untenable.

According to Jenna West of SI.com many MLB teams will include their top prospects in their 60 player “club player pools”, the number of players that will be eligible to play for each team this year.

Some may get earlier-than-expected game experience, depending on how many players wind up opting out of the season or accidentally become infected.  Some will get assigned to the three-player “taxi-squad”, a group of extra players who are in the CCP, who travel with the team in case they are needed.

Most though, will reportedly simply miss an entire season of experience and instruction.

Minor League Baseball president and CEO Pat O’Connor tried to put a positive spin on the announcement in his organization’s tweet declaring the season cancelled.

“These are unprecedented times for our country and our organization as this is the first time in our history that we’ve had a summer without Minor League Baseball.  While this is a sad day for many, this announcement removes the uncertainty surrounding the 2020 season and allows our teams to begin planning for an exciting 2021 season of affordable family entertainment,” said O’Conner.

In order to stay solvent, a few teams have rented out lodging space in their stadiums on AirBnB, one allowed fans to play Topgolf at the stadium, others have had drive-in movies and farmers markets.

The future of minor-league baseball doesn’t look bright.  Even before the 2020 season had to be cancelled, MLB announced they would be eliminating some 40 affiliate teams and realigning the minors next year.

Now, with the season cancelled, renting out stadium space to fans might not be enough to keep the stadium doors open.