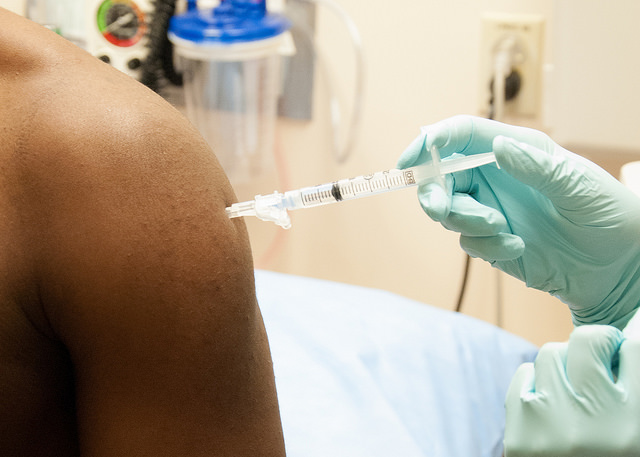 Details about a COVID-19 vaccine will be made available to the public on Dec. 5

Some encouraging news is coming out of Great Britain regarding a potential vaccine against COVID-19.

Stephanie Baker reported for Bloomberg Businessweek on July 14 that a group at the University of Oxford’s Jenner Institute, led by Sarah Gilbert seems to be well ahead of other developers of potential vaccines.

Gilbert’s team, which reportedly started out as only a handful and now numbers around 250, is using what is called a “viral vector” vaccine.  Where some vaccines introduce a weakened or dormant version of the disease causing agent to trigger the human body to develop antibodies to resist being infected, the viral vector method uses a harmless virus to deliver the genetic material of the pathogen to the cells of the host to sort of trick the body into the desired antibody production.

According to the Bloomberg article, Gilbert had a head start on most other vaccine developers since she was working on a vaccine for a similar, but much more deadly disease, Middle East respiratory Syndrome (MERS).  It is apparently a coronavirus that causes pneumonia, but kills closer to one-third of those infected.  Experts say that the spike protein of MERS is quite similar to that of COVID-19.

Baker reports that Gilbert was using a type of virus called an adenovirus from a chimpanzee to serve as the viral vector described above in her MERS vaccine.  The chimp virus was creating an advantage because there are no human antibodies to destroy it before it begins to infect the cells of its host.  It was also shown that the primate virus was stimulating production of high levels of killer T-cells, which help the immune system destroy infections, as well as antibodies to kill the attached virus in the human trials for the MERS vaccine.

The fact that the chimp adenovirus has already been proven safe and effective in the MERS tests and that the two viruses are quite similar gave Gilbert her big advantage.  Add to that list that the Jenner Institute has its own vaccine manufacturing capabilities and that Gilbert was already working with the World Health Organization to develop a plan to deal with a widespread outbreak put her far ahead of her nearest competition.

“She’s well ahead of the world,” Kate Bingham, chair of the U.K. government’s Vaccine Taskforce, told the U.K. parliamentary committee in early July.  “It’s the most advanced vaccine anywhere.”

If the vaccine makes it through widespread efficacy testing, as Gilbert is sure it will, it could reportedly be ready for production as soon as late September.  British pharmaceutical behemoth AstraZeneca has agreed to sell the vaccine worldwide on a non-profit basis and has secured deals with several vaccine manufactures to produce over 2 billion doses.