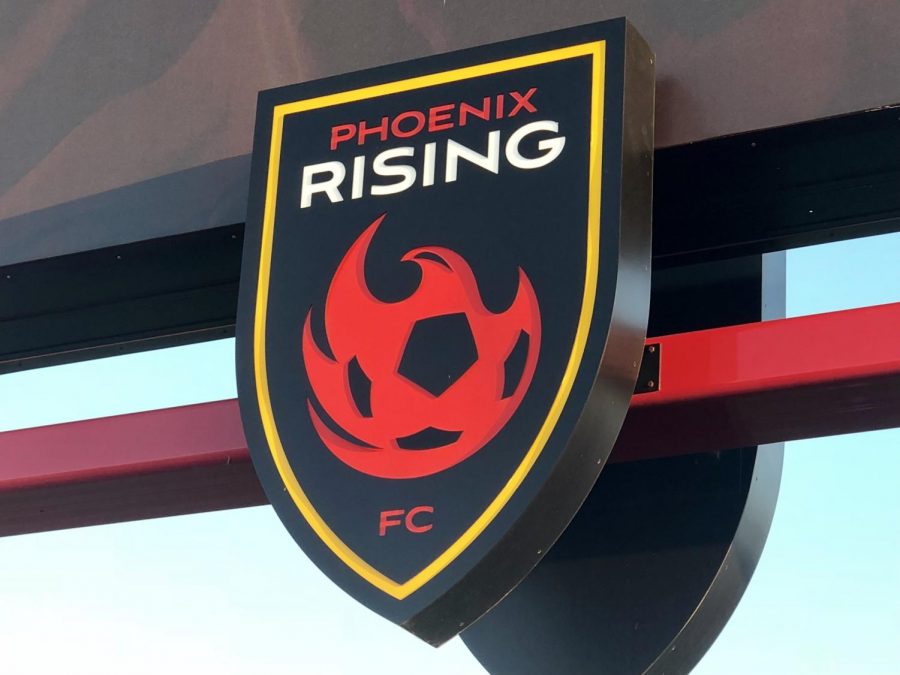 Rising are back home after a two game road trip.

Phoenix Rising returned to the friendly, albeit stifling hot confines of Casino Arizona Field for an equally friendly matchup against the El Paso Locomotive on Saturday night.

Rising come home after a two-match road trip against Orange County which included a disappointing draw and an even more disappointing loss.  The offensive machine that is Phoenix Rising derailed on the road, scoring only one goal in the two matches away from home.  In their defense, Phoenix played the entire second half of the loss a man down after Santi Moar received two yellow cards and had to leave the game 45 minutes in.

Phoenix is hoping to get back on track against El Paso, a team that Rising has never lost to.  Last season, the two teams met twice with Phoenix winning both contests 2-0 and 2-1 respectively.  Tonight’s match will be the only time the two teams will meet this season.

Head Coach Rick Schantz decided to give Zac Lubin the night off in goal and give Eric Dick, on loan from Sporting KC, the start.  Dick had a shaky start to the game, culminating in a missed play at 15’ that allowed Aaron Gomez to tap the ball past the sprawling goalkeeper to open the scoring for the Locomotive.

It didn’t take long for Phoenix to strike back after Canadian, Drew Beckie was called for a penalty inside the box.  Rufat Dadashov cashed in on the penalty kick, scoring Rising’s first goal of the night, fooling El Paso goaltender Logan Ketterer.

Later in the first half, Dadashov found team captain Solomon Asante who broke away up the right side and buried a laser shot past a leaping Ketterer at 36’.

During the last minute of extra time before halftime, Junior Flemmings took control of the ball near the El Paso end line and after bamboozling two Locomotive defenders, schooled Ketterer with deadly accuracy.

Dick redeemed himself near the end of the game with two brilliant saves in rapid succession to keep the score 3-1 and give Rising three extremely valuable points during their pandemic-interrupted season.

The win lifts Rising into second place in group B.

They see action next when they host New Mexico United on Saturday night at 7:30.