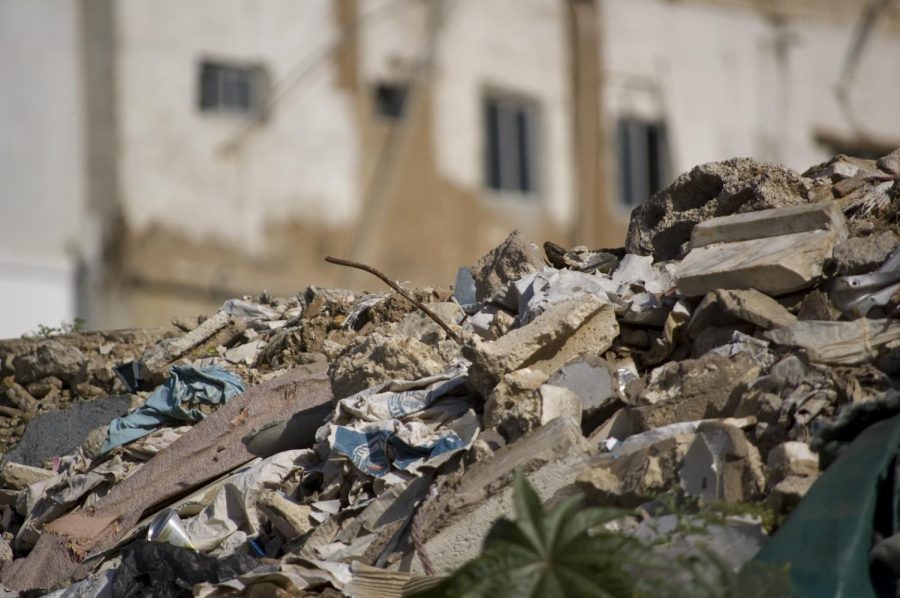 An explosion in Beirut, Lebanon on Tuesday left an estimated 300,000 people homeless.

A massive explosion which killed at least 135 people occurred on Tuesday at the port of Beirut, the capital city of Lebanon.

The blast, which was estimated to be the equivalent of 500 tons of dynamite, has left 5,000 wounded and an estimated 300,000 homeless.  Damages could total $15 billion according to USA Today.

Tragically, it is being reported that the powerful explosion was caused by the detonation of 2,750 tons of improperly stored ammonium nitrate that was only present at the port facility because of an unfortunate series of events years before.

The New York Times reported earlier today that the chemical, which is often used to make fertilizer but can also be combined with other substances to create explosives, was bound for a manufacturer of the latter in Mozambique in 2013.  It was aboard a leaking freighter named Rhosus, reportedly leased by Igor Grechushkin, a financially troubled, Russian businessman.  According to Boris Prokoshev, the captain of the ship at the time, Grechushkin had communicated that he was unable to pay the fee for passage of the shipment of explosive chemicals through the Suez Canal and directed Prokoshev to dock at the port in Beirut to pick up additional freight in order to help pay the fees.

CBC News reports that once docked in Beirut, authorities declared the ship to be unseaworthy and “forbidden from sailing”.  The ship and its hazardous cargo were impounded when Grechushkin failed to pay port fees in Beirut.

He apparently abandoned the ship and its crew.

After a time, the crewmen were sent home and the dangerous cargo was transferred into “Warehouse 12” at the port.  Documents reportedly show that port officials repeatedly warned court officials of the danger of storing the chemicals and the need to sell or dispose of it.

The shipment remained “awaiting auctioning and/or proper disposal” at Warehouse 12 until Tuesday, when an accidental fire at a nearby fireworks factory caused the seven-year-old cargo to detonate.

President Michel Aoun promised to hold those responsible accountable for their negligence.

The Indian Express reported today that some 44,000 Lebanese residence signed a petition calling for France, who controlled Lebanon from the end of World War I until 1945, to retake control of the country.