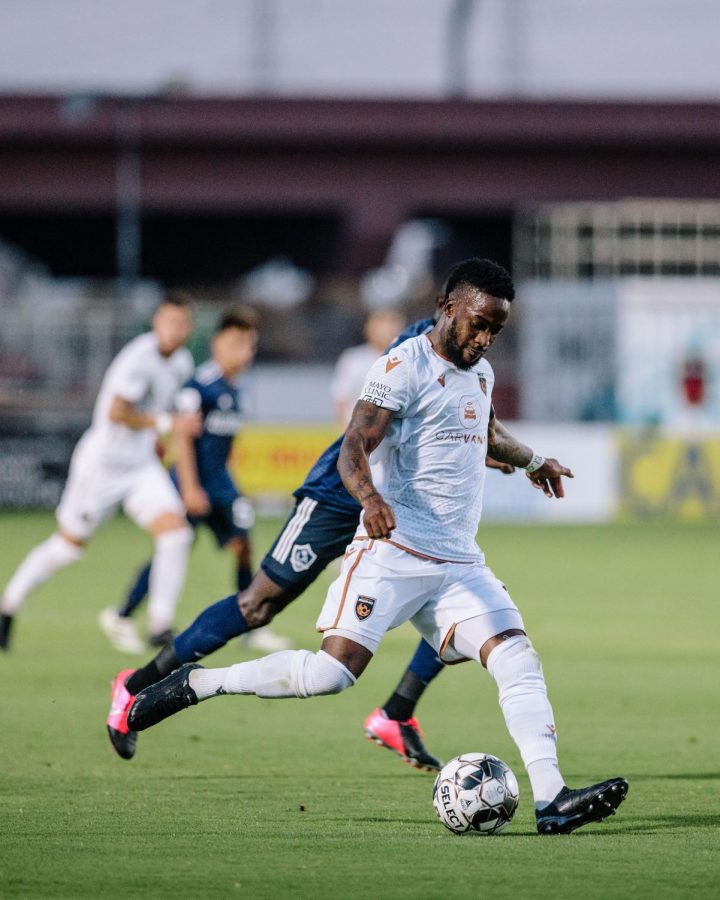 Last Saturday, Phoenix got back down to business at home, handling El Paso Locomotive 3-1.  The team just ahead of them in Group C comes to town this Saturday.  A relative newcomer to USL Championship, New Mexico United is atop Group C in their sophomore year.

New Mexico took a page from Rising’s playbook and came out pressing hard to start the game.

The strategy worked to a tee for United when Romeo Parkes caught Zac Lubin out of net and headed a ball behind the scrambling goalkeeper to gain the advantage 5 minutes into the match.

Arizona eventually settled into the game and the smooth inner workings of the Rising offensive machine revealed itself as Jon Bakero hit Junior Flemmings with a long, lead pass that culminated with Flemmings shaking loose from a New Mexico defender and blasting a shot past Lobo goalkeeper Cody Mizell to tie the game

With blood in the water, Rising’s sharks started circling the New Mexico net, and it wasn’t long before Solomon Asante found Rufat Dadashov with a hard centering pass that Dadashov deflected into the goal with his cleats.

Seven minutes after halftime ended Solomon Asante played a corner kick to AJ Cochran who had slipped away from the United defenders and surprised nearly everyone when he headed the ball past a slightly startled Mizell.

Another seven minutes later, Andrew Tinari scored his first goal of the season to temporarily get NMU within one goal 3-2.

United was only temporarily within one goal because the match turned into the Junior Flemmings show at 73’.  Bakero, who assisted on Flemmings’ first goal, rifled a pass across the box to Flemmings who did not miss for a brace of goals that gave him the team lead for goals, ahead of Dadashov, and tied for most in the USL.

Four minutes before the end of regular time Flemmings broke free and demoralized Mizell with hat-trick that gave him a league-leading seven goals and made it certain that United would have no chance to come back and force another draw in their only meeting of the shortened regular season.

In his post-game interview, Rising head coach Rick Schantz spoke to Flemmings’ play and his impact in the locker room.