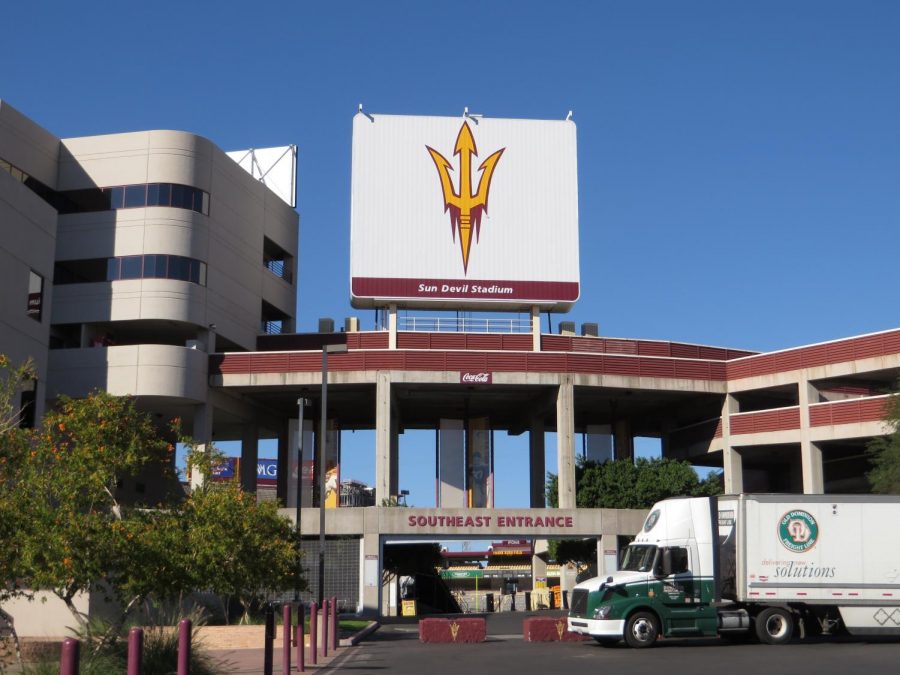 The PAC-12 Conference postponed all fall sports until at least Jan, 1, 2021

On Tuesday, the NCAA’s “power five” conferences suddenly became the power-three, when officials from both the Big Ten and PAC-12 conferences postponed all fall sports because of concerns over COVID-19.

The decision means there will be no “Territorial Cup” (the name given to the athletic competitions between Arizona State and University of Arizona) in football for the first time since 1945.

The BIG-10 came out with their majorly-impactful decision first.  Outside of the Southeastern Conference (SEC) the Big Ten controls more of the most valuable football teams than any other conference.  Michigan and Ohio State were both in the top five, with Penn State, Nebraska, Iowa, Michigan State and Wisconsin all included on the Forbes list of the 25 most valuable college football teams last year.

Big Ten Commissioner Kevin Warren blamed their decision on the uncertainty of what may or may not be safe.

The mental and physical health and welfare of our student-athletes has been at the center of every decision we have made regarding the ability to proceed forward,” Warren said in the Big Ten statement on 2020-21 Fall Season.  “As time progressed and after hours of discussion with our Big Ten Task Force for Emerging Infectious Diseases and the Big Ten Sports Medicine Committee, it became abundantly clear that there was too much uncertainty regarding potential medical risks to allow our student-athletes to compete this fall.”  The statement didn’t seem to include any definite date for Big Ten teams to return to play, other than saying that they are hopeful the fall seasons can be played in the spring.

Hours after the Big Ten released their decision, the PAC-12, which includes ASU and U of A, announced a similar decision.  A choice that may have been influenced by a condition called myocarditis being found in some college athletes who have had COVID-19.  The condition is said to cause permanent scaring in the heart which can lead to heart attack or stroke.

“The health, safety and well-being of our student-athletes and all those connected to Pac-12 sports has been our number one priority since the start of this current crisis.  Our student-athletes, fans, staff and all those who love college sports would like to have seen the season played this calendar year as originally planned, and we know how disappointing this is,” said Pac-12 Commissioner Larry Scott in a statement.

The PAC-12 has stipulated that no sports will be played until at least Jan. 1, 2021.  That condition will wind up affecting not only football, volleyball and soccer, but also basketball and hockey.

The Mid-American Conference (MAC) and Mountain West Conferences preceded the Big Ten and PAC-12 in postponing their fall seasons.  It is unknown if the recent decisions may influence other conferences to follow suit.