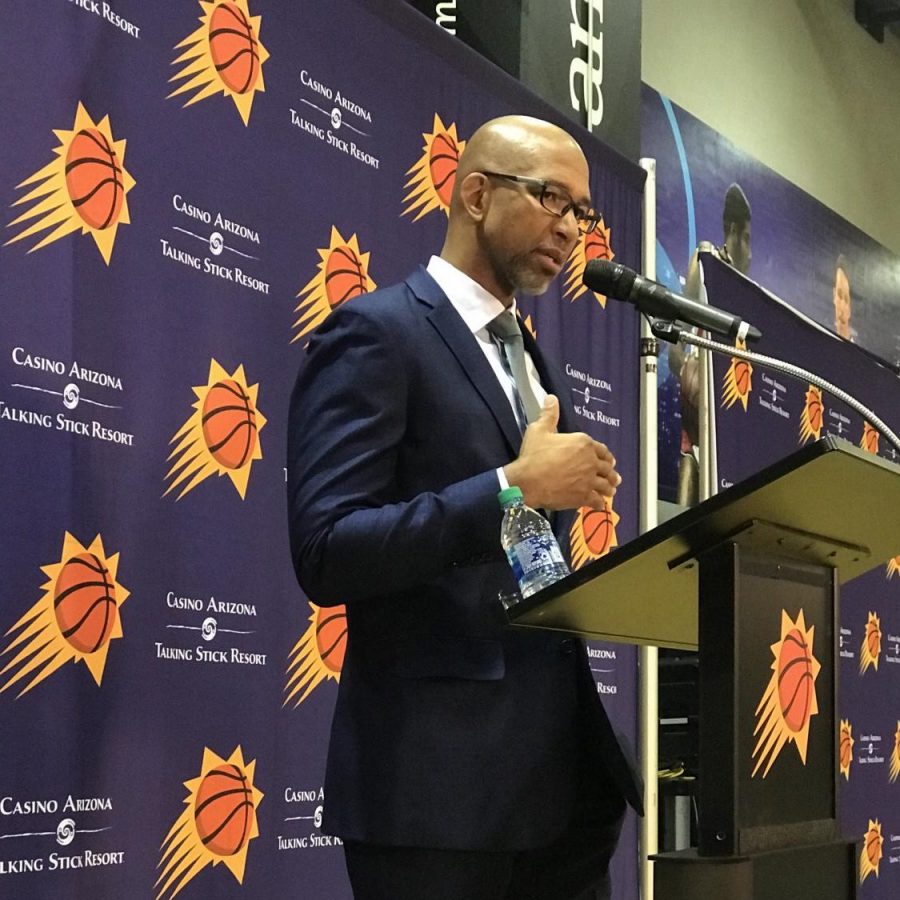 The Phoenix Suns literally did everything they could do to make it into the NBA playoffs, following the restart of the season in the league’s “bubble”, in Orlando, Fla.

The Suns entered the eight-game seeding tournament ranked 13.  They, along with the Washington Wizards were the last two teams invited to the party.  It seemed absurd, perhaps even ridiculous, that Phoenix would actually make it into the postseason.

Halfway through the tournament, the unlikely Suns had dispatched their first four opponents.  The Wizards, Mavericks, Clippers and Pacers all went down and more than a few eyebrows went up.

On Aug. 7, Matt Eppers wrote for USA Today that the Suns were the hottest team in the Disney World bubble and one of two teams, along with last year’s champion Toronto Raptors, who were undefeated.  At that point, Phoenix had moved up to 10th place, only two games behind Memphis, with Portland sandwiched between them in ninth.

After defeating the Heat, Thunder, 76ers and Mavericks (for a second time), Phoenix was the only undefeated team in the seeding tournament and on the doorstep of what may have seemed nearly impossible only two weeks earlier.  The only piece of the puzzle left to fall into place was for the Brooklyn Nets to beat Portland last Thursday.  The Suns playoff hopes stayed alive until the last moment of the game when the Nets Caris Le Vert took a jump shot that would have beat Portland and put the Suns in the play-in series for the eighth spot in the West.

As it turned out, Le Vert missed his shot, and Memphis, instead of Phoenix, wound up in the NBA’s first play-in series.  Portland defended the final playoff spot, which they took from Memphis during the second half of the seeding tournament, when they eliminated the Grizzlies in game one of the play-in series 126-122 on Saturday.

The playoffs began today without Phoenix — but not for a lack of effort on the part of a young Suns team.  Effort that did not go unrecognized when Suns coach Monty Williams was chosen for best coach of the seeding games and Phoenix guard Devin Booker was the runner-up for MVP.

The team posted a video of Williams addressing the team immediately after their win over Dallas, before they knew if their run would continue.  He expressed his feelings for the team and their accomplishments in the bubble.

“I gotta tell you guys – I love you – I do.  I don’t care what happens tonight, I know what I got in this room,” Williams said.  “Nobody believed we’d come here and be 8-0 and beat the teams we beat,” Williams continued.  “Don’t let anybody take this away from y’all – you gained the respect of the league…now we’ve got to build on it.”