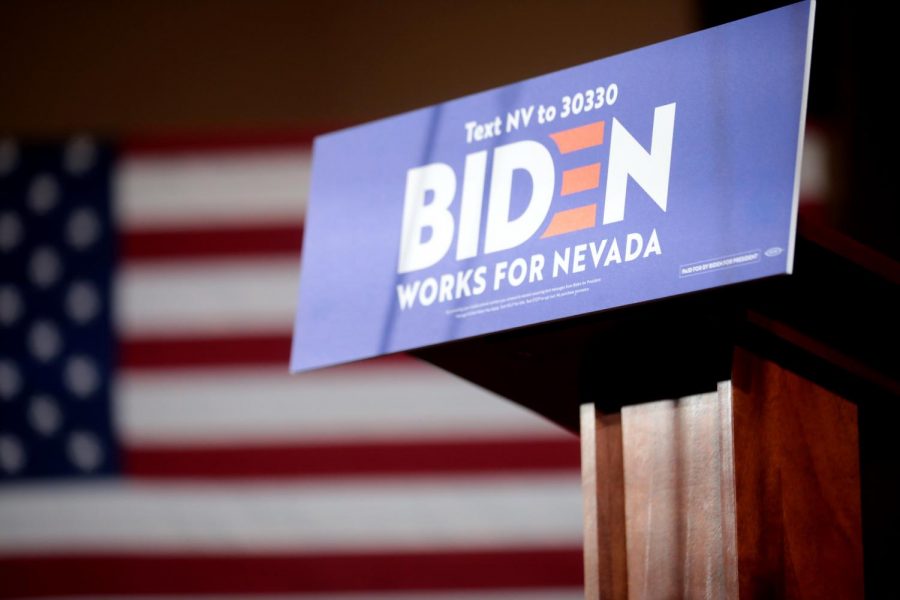 Podium for former Vice President of the United States Joe Biden at a community event at Sun City MacDonald Ranch in Henderson, Nevada.

Monday marked the first day of the virtual Democratic National Convention where notable speakers made their case for Joseph R. Biden Jr., the Democratic nominee for November’s presidential election.

For the first time in history, because of COVID-19, virtual productions may be the only way to communicate a message to thousands of people, and DNC is trying to make the most of the opportunity.

According to analysis by CNN, the best moments from the first day include speakers like Michelle Obama, who spoke about President Trump’s lack of empathy and dearth of qualifications.  Kristin Urquiza remembered her father, who passed away due to COVID-19 after trusting President Trump’s downplaying of the virus, claiming that “he paid with his life.”  Also, Andrew Cuomo, the New York governor who has fought the worst COVID-19 outbreak in the country, and former 2020 candidates all appeared in a single video explaining why they admire Biden and why they believe him to be the right man for this moment.

Some of the misses, according to CNN, include the “too formulaic”  imagery of a traditional podium address by Gretchen Whitmer.   They also thought the virtual round-table session addressing issues regarding police reform or front-line health care workers made sense but fell flat.  They also contended that the in-your-face symbolism of former Ohio Gov. John Kasich’s speech was a miss, but admitted “on the bright side: Kasich standing at a crossroads became an instant internet meme.”  Lastly, the CNN analysts thought showing a full screen of people clapping to show appreciation or agreement was a miss, because even though the need to relay appreciation for great music or an inspiring speech is understandable and dead silence would be uncomfortable, the analysts thought clapping via Zoom is worse.

The DNC schedule is  will continue through Thursday.  There will be daytime event meetings with multiple speakers addressing the LGBTQ Caucus, the Muslim Delegates assembly, Small Business Council and Native American Caucus, among others.

Musical artists are scheduled during the remaining days of the convention as well.