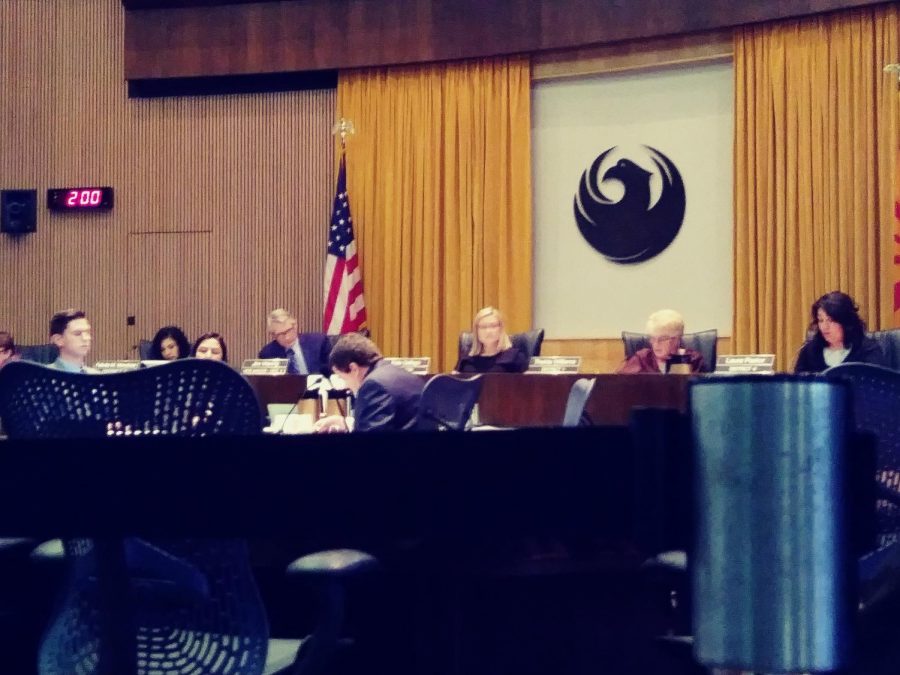 This story has been updated to correct an item in a previous story published, Sept.8, and identifying District 1, city council candidate, Ann O’Brien, as a democrat—according to Ms. O’Brien’s political consultant, Ms. O’Brien is a republican.

The political scene is definitely heating up with the general election for President and several important U.S. Senate and House races coming up on Nov. 3.

With the spotlight shining so brightly on those high-profile, national races, it’s easy to overlook the smaller, but perhaps even more important, local elections like the races for the Phoenix City Council.

Many voters don’t realize that the Council has a more direct impact on their lives than the national and state political offices do.

For example — the Council passes sales taxes, airport usage taxes and utility bill taxes, among others.

It’s the city council who appropriates funds to have the potholes in your street filled and maintain the infrastructure that makes our daily lives convenient.  They also establish the budgets that fund our police, fire and ambulance services to help keep us and our families safe.

For now, we are required to wear a mask indoors in public. That edict was issued on June 20, not by the President or Governor, but by the City Council.

The council also settles lawsuits filed against the city and assigns funds for various building projects in Phoenix. The city council’s approval of $150 million of municipal funds for the recent Phoenix Suns arena upgrade is an example.

The Phoenix City Council consists of 9 members — eight district representatives, plus the Mayor.

Every two years there is a Council election.

The current Mayor of Phoenix is Kate Gallego.   She won a special election two years ago to fill in the vacancy as former Mayor Greg Stanton ran for and won a US House seat.

Gallego has served on the City Council since 2013 and spearheaded several close votes in passing large building projects in Phoenix, especially in the revitalized downtown area. The $231 million dollar downtown multi-use transit hub passing on a 5-4 vote is one example. Gallego also lead the effort in a citywide victory extending light rail.

Gallego graduated from the Wharton School of Business in Pennsylvania. If that sounds familiar, President Trump is a fellow alumnus.

Gallego will be opposed by Republican Merissa Hamilton. Hamilton has worked on domestic violence issues and is a strong supporter of the police and the second amendment.

In North Phoenix, Councilwoman and former Mayor Thelda Williams has reached the limit of three consecutive terms in District 1 and can’t run.  Dave Siebert is running against Ann O’Brien in the district 1 race.

Siebert notably served on the Phoenix City Council from 1996-2007 and is endorsed by councilwoman Williams. O’Brien has served on the Deer Valley Unified School District board.

In District 3, Debra Stark and District 5, Betty Guardado each face multiple opponents for re-election. In District 7, five candidates have qualified to run for the vacant seat.

With three or more candidates, if no one reaches 50% of the vote, the top two most popular candidates will have a run-off election the following March, which often happens in Phoenix.

The next formal city council meeting is Wednesday, Sept. 16. Citizens cannot currently attend because of coronavirus restrictions, but the meetings can be seen live on PHXTV channel 11, or streaming on CityofPhoenix – YouTube channel. Residents can still sign up to speak virtually.