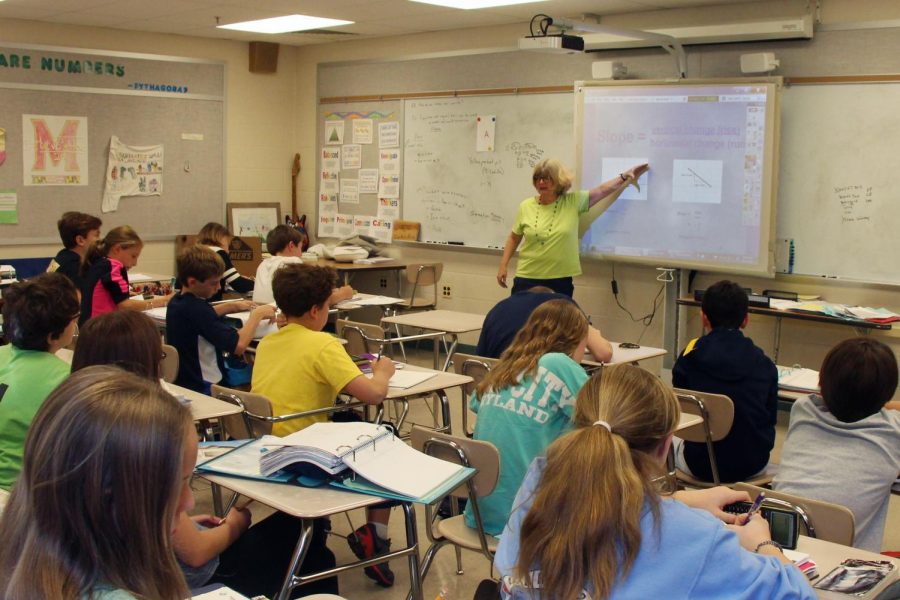 Proposition 208 is one of four proposed measures that voters will decide on the November ballot.

According to the “yes on 208” #INVESTinED support campaign, Prop 208 will restore hundreds of millions of dollars annually in K-12 education—funds that have been drastically cut over the past decade.

The dollars will go to solve the teacher-shortage crisis, lower class sizes, hire aides and counselors and expand career and technical education.

The site also says that the proposition will restore hundreds of millions of dollars annually in K-12 education funding to solve the teacher-shortage crisis, lower class size, hire aides and counselors and expand career and technical education.

Proponents argue that contrary to advertisements that they say are factually incorrect by opponents of Prop. 208—that this ballot measure ensures accountability of spending—by law— since the dollars must be used where they’re needed most all while assessing a small income-tax surcharge on only the highest 1 percent of earners. The remaining 99 percent of taxpayers won’t pay a cent more.

Many of those cuts were made under the leadership of Governor, Doug Ducey.

In 2015 Ducey approved a state budget that cut $100 million in funding from public universities and kept K-12 funding at a minimum.

Ducey, not surprisingly, is against Proposition 208.

A 2017 study by the Center on Budget and Policy Priorities found that West Virginia, Oklahoma, Kentucky and Arizona—scenes of the largest teacher walkouts—(#RedforEd) were among the six states that cut the most aid to local school districts in the last decade. According to a New York Times magazine report, “All are solidly Republican and have embraced small government and income-tax cuts.”

And, as a consequence, Arizona schools are not just wounded, they’re in critical condition.

Arizona ranks 49th in spending per student and is seventh from the bottom in average teacher salary. It also retains the highest average class size after Nevada.

One fourth grade educator, Melissa Simms, told Northeast Valley News that teachers have been forced to reach into their own pockets to provide basic supplies in the classroom—even textbooks—in order to teach their students.

“I can barely live on my salary but I will often spend my own money at Costco or wherever when my students don’t have the supplies they need in class,” Simms said.

Revenue from the 3.50% income tax will go to teacher and classroom support staff salaries, teacher mentoring and retention programs, career and technical education programs, and the Arizona Teachers Academy.

Steve Adams, co-president of the Tempe School Education Association, said the funding is needed to make up for cuts made during the past decade.

Opponents say Prop 208 is a “gamble with Arizona’s economy” since taxes are related to economic growth.

Successful small businesses opponents claim they will be hard hit as a consequence since Prop 208 robs them of pivotal working and investment capital and the highest corporate income tax rate in Arizona, would remain at 4.9%, which large businesses pay.

An opinion piece by Arizona Republic criticized Prop 208 as being “a gamble with Arizona’s economy” since taxes are related to economic growth, and, “may disincentivize and the state will lose some portion of its highest paying taxpayers.”

Local small businesses who are highly successful will be hit hard as a consequence since Prop 208 robs them of pivotal working and investment capital and the highest corporate income tax rate in Arizona, would remain at 4.9%, which large businesses pay. According to Robb, at 8% Arizona would be taxing small business profits at a much higher rate than big business profits.

Advertising that is airing opposing Prop 208 has had some fact check issues according to ABC 15.

They spoke to Curtis Carzine, a research analyst with the Grand Canyon Institute and former school superintendent, Carzine said the advertisement by Prop 208 opponents, Arizonans for Great Schools and a Strong Economy is deceptive.

According to the ABC report, opponents claim that only 55 cents out of every dollar make it to each classroom and they also claim the average Arizona classroom should receive $200,000 in funding each year.

“There’s two other categories called student support and other support and those are covering things like the building, heating, transportation,” Carzine said. “When you throw those in it’s really 90-cents of every dollar in the districts to the kids.”

The ad, basing the $200 thousand per classroom figure on schools receiving $8 thousand for each student averaging a classroom size of 25 students is also misleading.

The ad also claims that “teachers make an average of $52,000 but some superintendents make a quarter of a million.”

This was also fact-checked and according to the 2018 Arizona School Board Association Report show that only 13 school superintendents earn $200 thousand or more in districts with at least ten thousand students and only one of them had a base salary of $250 thousand and oversees a district of 20 thousand students.