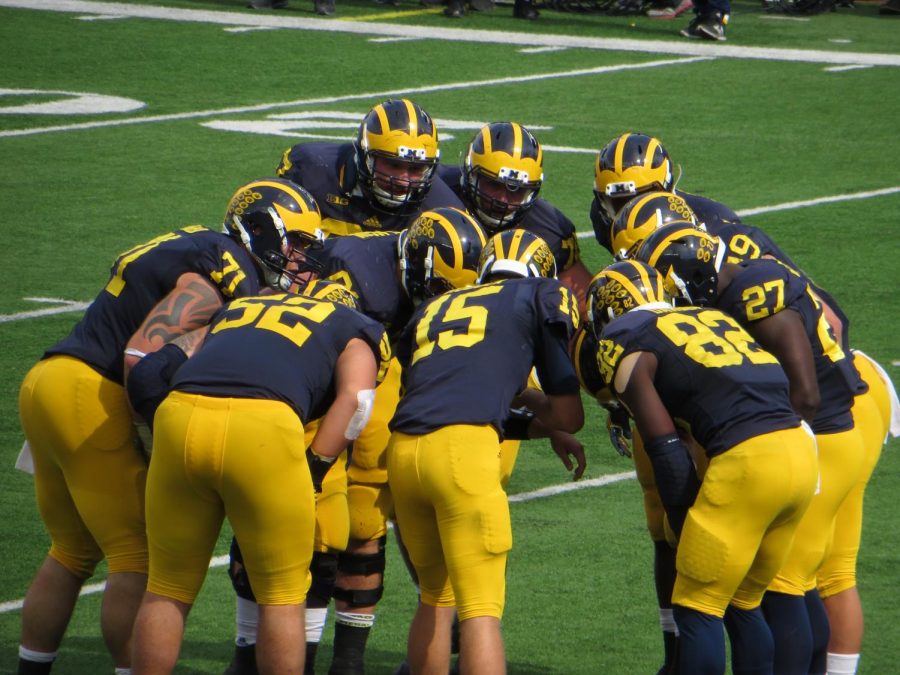 Michigan and the other Big Ten schools will play football this fall beginning in late Oct.

Sports deprivation during the coronavirus pandemic had left fans begging for the slightest source of sports-based entertainment.

To the dismay of many, the loss of college football seemed imminent as July rolled around and smaller conferences like the Ivy League started cancelling or postponing their seasons.

Eventually, the ACC, BIG 12 and SEC were able to hash out conference-heavy schedules and COVID-19 safety measures that they felt adequately protected their athletes.  However, the Big Ten and the PAC 12 decided to postpone fall athletics, citing the welfare of athletes and additional concerns about a condition called myocarditis which was found to be associated with COVID-19.

Even though the measures were taken to try to help protect athletes, the decision angered many players, coaches, and fans.  Their frustrations likely grew after seeing other schools with fans in the stands and players in full contact on the field, while they sat by waiting for the 2021 fall season.

Eight players from the University of Nebraska filed a lawsuit against the Big Ten in response to the cancellation of their season.

Attorney, Mike Flood, spoke on behalf of his clients.

“Our clients want to know whether or not there was a vote and the details of any vote, and whether the Big Ten followed its own rules in reaching its decision- These student-athletes have no other recourse than filing a lawsuit against their conference.”

Scott Frost, head coach of the Big Ten, Nebraska Cornhuskers, expressed his opinion on the abrupt decision of the Big Ten to postpone all fall sports.

Frost’s comment caused outrage with former Hall-of-Fame Michigan Big Ten player and ESPN analyst, Desmond Howard, who had some comments of his own on the matter.

“I would demand a public apology from Nebraska,” Howard said. “If I’m Kevin Warren (Commissioner of the Big Ten), I’m working on a way to get their ass out of the Big Ten — all the teams and coaches want to play but they’re not whining and crying.”

Interestingly, Howard was not critical of his alma mater, Michigan, when head football coach Jim Harbaugh expressed his frustrations with the decision.

The Big Ten drama came to an end last week, as the 14 commissioners voted universally in favor of beginning an eight game, conference-only, fall season, starting Oct. 23. The conference championship game would be played on Dec. 19.  If the conference is not able to conclude their season before Dec. 20, they will not be eligible for the college football playoffs and a national championship bid.