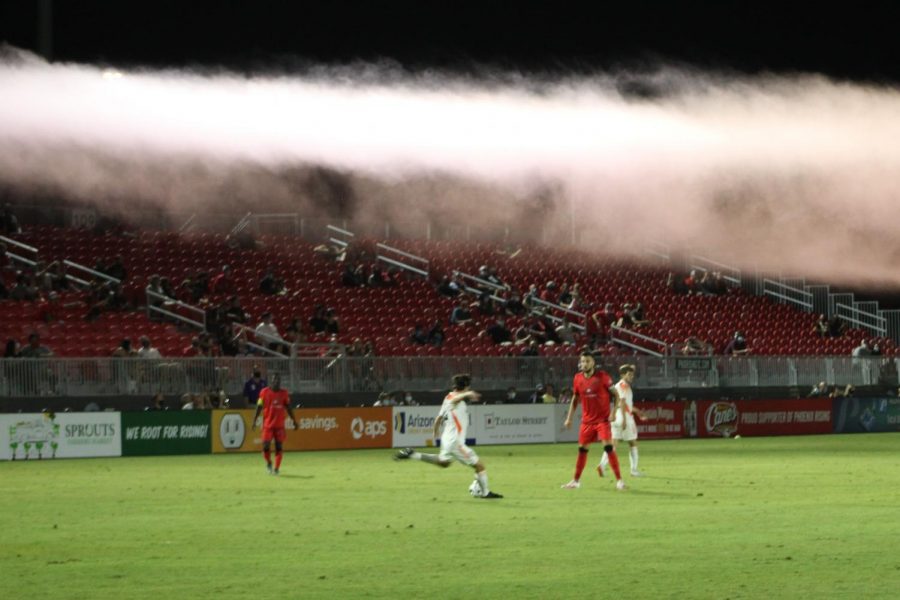 Phoenix Rising’s first chance to clinch a playoff berth slipped through their fingers last Saturday night when the team suffering their first home loss of the season against San Diego Loyal.

They had their second chance this Saturday night and buckled down for a no-frills 1-0 win against an Orange County team that beat them by the same score back on July 25, Rising’s third game back after the season restarted.

Saturday’s victory not only wins Group B, a stated goal of Rising head coach Rick Schantz, but also assures that their first round playoff game will be played within the friendly confines of Casino Arizona Field.

Rising will have a chance to avenge that home loss when they travel to San Diego to face the Loyal in a midweek match on Wednesday, before returning home to finish their regular season against L.A. Galaxy II, Oct. 3.