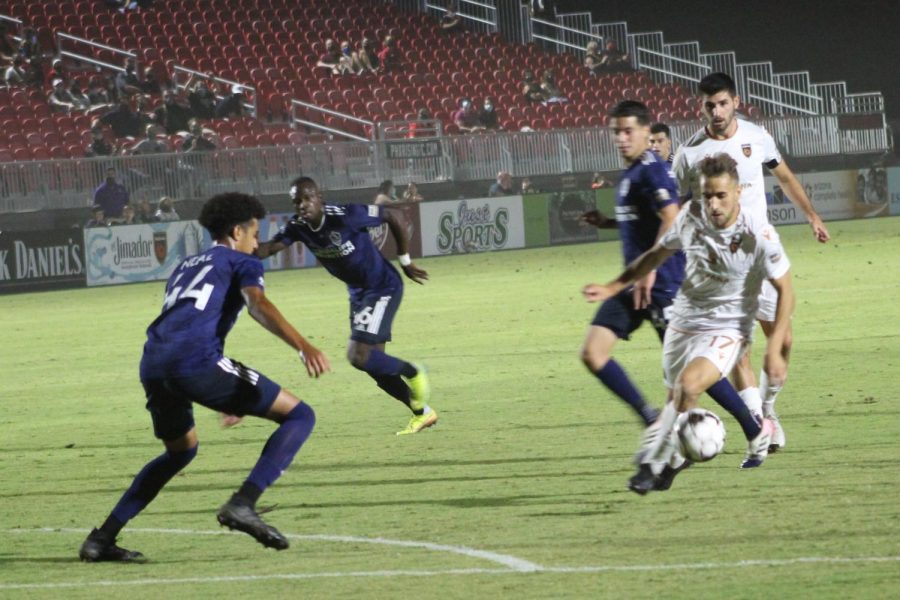 The biggest story surrounding Phoenix Rising’s final home game of the regular season on Saturday night wasn’t their Stage B win or their upcoming quarterfinal playoff game next weekend.

It wasn’t about their near perfect play at Casino Arizona Field or the feeling of normalcy one gets from seeing at least some fans at the game.

It did have to do with Junior Flemmings, who leads the team as well as the league with 14 goals, not being in the line-up and head coach Rick Schantz not being on the sideline for the team’s last game of the regular season against L.A. Galaxy II.

ESPN Staff Writer Josh Weinfuss reported that the team had put Flemmings on administrative leave while an investigation is being conducted into allegations that he used an anti-gay slur against an openly gay player on the opposing team during their Wednesday night game against San Diego Loyal.

According to Weinfuss, the incident prompted Loyal to walk off the field during the first half of the game which they were leading 3-1.  Flemmings denies the accusation, but will apparently remain on leave until the conclusion of the investigation, which a source told nevalleynews.org could be as early as sometime next week.

In a statement on Twitter, Rising team officials claim that Schantz’s leave is not related to Wednesday’s incident in San Diego.  Nonetheless, it still leaves assistant coach Blair Gavin in charge.

It looked like it was going to be a long night for Rising when Augustine Williams drew first blood for L.A. Galaxy II six minutes into the game.

Although, it didn’t take long for Santi Moar, who was filling in for Flemmings, to assuage some of the fears that Rising fans may have had going into the game without their scoring leader, when he beat Galaxy goalkeeper Abraham Romero four minutes later.

It seemed like the pitch was slanted towards Rising goalkeeper Zac Lubin for most of the first half.  Even though the statistics don’t bear it out, Phoenix looked like they were being outplayed until Samuel Stanton stepped up and gave Rising a 2-1 lead at 27’, an advantage that they would take to the locker room.

A.J. Cochran padded the lead six minutes into the second half and Stanton put the cherry on top with his second goal of the night six minutes after that.

Ansu Kanneh, age 14, made his debut late in the match, making him the youngest Rising player ever.

Phoenix will host Sacramento Republic in their first-round playoff game on Oct. 10.