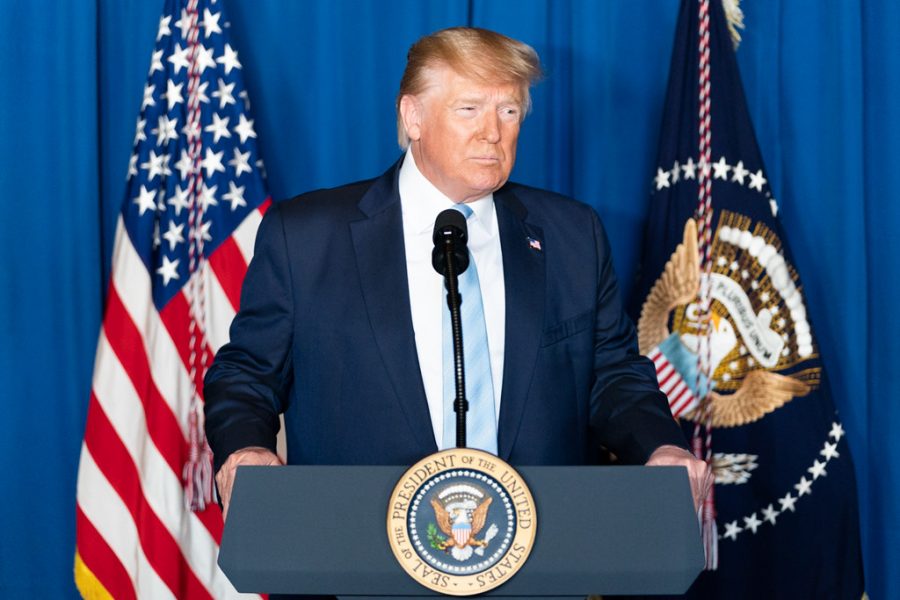 Despite President Trump’s twitter feed talking about how great he may feel or the bombardment of his political ads to convince voters of his strength and courage, some doctors are concerned that the several treatments taken all together may increase the chance of harmful interactions or reduce their effectiveness.

On Oct. 2, the White House announced Trump received an experimental antibody treatment after a positive COVID-19 test was announced, according to Science Mag.

With mild symptoms, including fever and congestion, he was transferred to Walter Reed National Military Medical Center, where it was confirmed by his team, a course of Remdesivir had begun.

Remdesevir is an antiviral drug originally developed to treat hepatitis C but did not perform well against that pathogen.  Although, earlier this year, it demonstrated a modest clinical benefit in a trial with hospitalized COVID-19 patients, prompting the Food and Drug Administration (FDA) to grant an Emergency Use Authorization (EUA) for the drug.

Skepticism of remdesivir remains high, because its benefits are unclear, according to Science Mag.

Two days later, Trump’s physician team stated Trump had been given a steroid, Dexamethasone, normally reserved for severe COVID-19 cases. However, according to Science Mag, there are some indications that it may be harmful if given too early in the disease course.   Independent doctors pointed out that this steroid can have serious side effects including agitation, paranoia, and even psychosis.

Trump’s physicians seemed optimistic of a quick recovery, even suggesting Trump might be discharged from Walter Reed soon, which turned out to be Monday.

The administration’s physicians said Trump has gone 72 hours without a fever and had normal blood oxygen readings, according to the New York Times.

Now that he is back at the White House under medical supervision, controversy has surrounded his actions in a video directed to the American people where he attempts to downplay the virus by stating, “But don’t let it dominate your lives.”  To many, the comment came off as tone-deaf to the pandemic which has caused  more than 210,000 deaths in the U.S.

According to the New York Times, Trump’s statement was meant to show courage facing his illness but critics say Trump fell ill because of his recklessness in handling protocols to prevent the spread of the pandemic.

The message that Americans should not worry and live their lives because “we have the best medicines in the world,” rings hollow when he has access to experimental treatments which may or may not yet be approved by the FDA and high quality care not available to most people, shows no change in his handling of the pandemic, according to the article.

Dr. Sean P Conley, the White House physician, stated Trump “may not entirely be out of the woods yet.”

“We all remain cautiously optimistic and on guard because we’re in a bit of uncharted territory when it comes to a patient that received the therapies he has so early in the course,” Dr. Conley told reporters outside Walter Reed. “So we’re looking to this weekend. If we can get through to Monday with him remaining the same or improving, better yet, then we will all take that final deep sigh of relief.”

Trump’s physicians have also refused to discuss scans of the president’s lungs or disclose when he had his last negative test.

Former Vice President Joseph R. Biden Jr., the Democratic nominee, has tested negative for COVID-19 and while giving a speech in Miami, he further solidified the importance of wearing masks and said that this pandemic is far from over.

“I was glad to see the president speaking and recording videos over the weekend,” Mr. Biden said, “Now that he’s busy tweeting campaign messages, I would ask him to do this, listen to the scientists: Support masks. Support a mask mandate nationwide.”