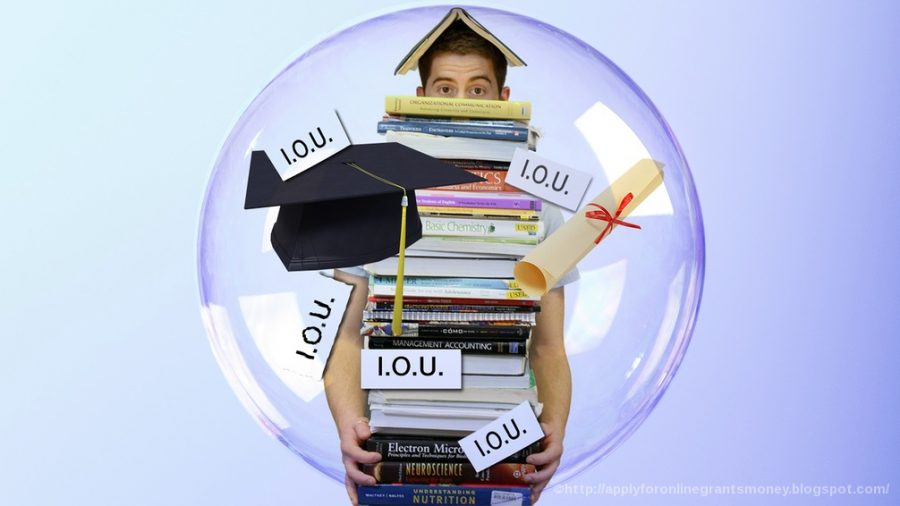 Students graduate with more and more debt by the year, a factor which is increasing the cost of college not only financially but also psychologically.

In an article from Sept. 24, 2019, The Best Schools reported that according to the National Institute of Mental Health, anxiety disorders begin to surface in 75% of individuals before age 22.

The same article claims that statistics from the American College Health Association show that 63% of U.S. college students felt “overwhelming” anxiety at some point in 2018 and 23% sought treatment from a mental health professional.

Part of that anxiety may very well stem from keeping up with the rising cost of tuition.  Abigail Hess reported for CNBC in Dec. 2019 that in the 30 year span between 1978 and 2008 college tuition more than doubled.  Since that time, the cost of attending a public college has risen nearly 30%

With tuition on the rise, the stress of having to pay to get an education to secure a better paying job has become reality.  Statistics show that in 2018, college graduates earned 80% more than those with only a high school degree. However, in some cases the situation is even more stressful if an individual’s parents are not willing to pay or do not have the financial means to send their child to college.

In cases like these, the only choices for some students are to either pay for college through holding a job while taking classes, or to secure a competitive scholarship to pay for a portion of tuition or in some cases even all of it.

Gabriel Losey, a junior mechanical engineering student at the Colorado School of Mines, is a student whose parents did not have the fiscal ability to afford the tuition of a state college.

“My parents made it a point to pay for my college with money they don’t have,” Losey said. “Seeing that really pained me.”

Losey told how his parents were willing to try and make something almost impossible into a reality by attempting to take the financial burden of college off him. However, after Losey understood how much tuition would cost — including boarding, food and textbooks — he knew what his only option was.

“I know they would drive themselves into the ground if it meant I could stand on their backs and reach greater heights,” Losey said. “It’s a beautiful idea in some sense, but it’s something I can’t have on my conscience.”

Losey explained that neither of his parents were able to go to college and in hopes of ending that cycle he ended up taking two jobs and joining the ROTC to try and graduate with as little debt as possible. He described many nights where he would think it was impossible and experienced anxiety attacks and a lack of confidence in his ability.