COVID-19 not only changes sports but also sports broadcasting, reporting 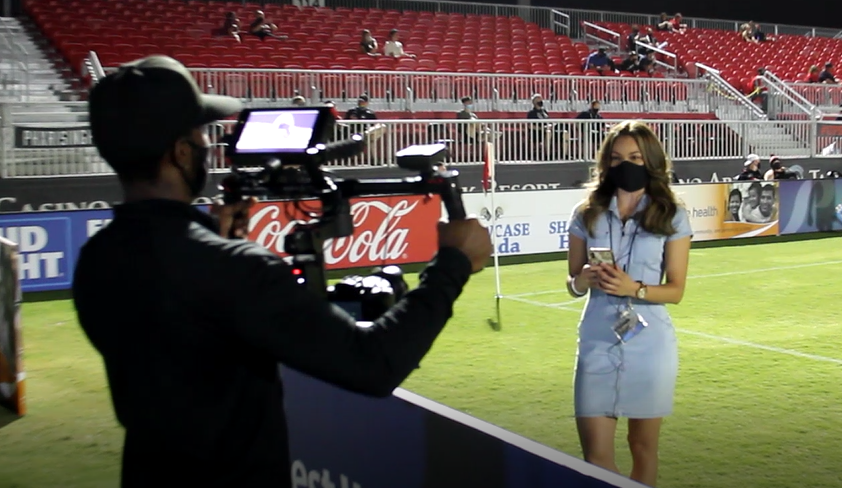 The Covid-19 pandemic has drastically impacted millions of occupations including the trajectory of sports reporting—perhaps for years to come.

While sports journalists continue to adapt to the evolution of online news and social media coverage—the recent Covid-19 crisis has ushered in a new dilemma for media professionals—how to safely cover a profession that requires close contact on the field, the court with a camera and a microphone.

On March 11, the NBA confirmed it would be halting the remainder of the regular season after Utah Jazz center Rudy Gobert tested positive for coronavirus.

Journalists were faced with rules designed for safety for themselves as well as players and coaches. But the measures effectively put an end to face to face interviews, the post-game exclusives and the locker room quotes.

Fans have been left out, at least for now, but teams, owners and media organizations have quickly scrambled to look for creative ways to keep fans engaged in the new pandemic “normal.”

The demand for sports news has remained constant even in the absence of a packed stadium or arena filled game.

The media adjusted because it had no choice and anything is better than a complete standstill.

Reporters began writing about other areas of interest outside of sports due to the lack of material.

Nostalgic moments of sports were revisited through podcasts and video creations that fed fans while most Americans were isolating and waiting out the pandemic.

But Covid-19 is still with us, and after a few months in a world devoid of sports—the moguls, owners, unions and players were determined to find a way back.

Chancellor Johnson is an Emmy award-winning journalist at NBC26.

In a Zoom interview, Johnson expressed his feelings toward the new wave of Covid-19 sports reporting.

“Honestly, it sucks to be honest with you,” Johnson said. “It’s all scheduled and standard. Everybody uses the same bites. You can’t really get anything exclusive, so that changes things.”

“You can use your body language better. You can just get a better feel. Get a better vibe from somebody in person. Virtually, it just doesn’t hit the same. It’s been a big adjustment.”

Brad Cesmat is the founder of Sports360AZ in the Valley.

He talked about the difficulties he has faced as a sports journalist in the wake of the pandemic.

“All of these teams are just relying on (phones),” Cesmat said. “So, you can’t bring any personality out. There’s 30 guys that are sitting in on a Zoom after a game is over — there’s nothing unique, there’s nothing different.

“The personality side of it has really been taken away,” Cesmat said.

Cesmat also hosts his own show and has been forced to make adjustments from a studio to his home office.

“Our studio was in a very nice building,” Cesmat said.

“The day that Covid hit, that building was shut down. So this is the studio for the TV show. In my space, I have to show up and lead—I have to be laser-focused.”

Time will tell how much impact Covid will have on sports in the long term.

Journalists and broadcasters are poised to work through the changes as long as sports remain on the horizon.