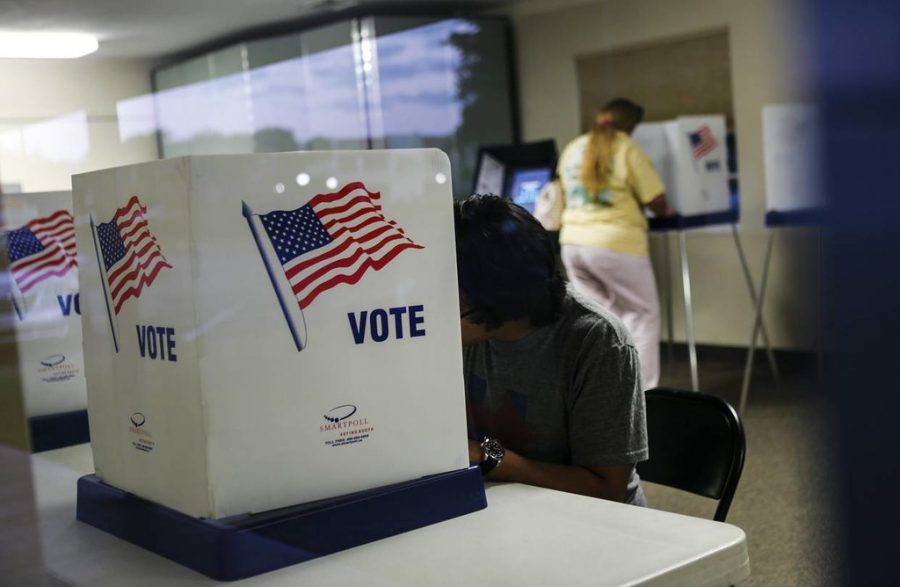 Due to the intense nature of this election,  many businesses and individuals have prepared for the worst.

Businesses that happen to be in high-density populations and downtown metropolitan areas are boarded up to protect the buildings from damage and many fear voter intimidation or threats may interfere with potential voters.

Voter intimidation is of particular concern for individuals who happen to be at polling locations, casting their ballot.

Since this may be a vague definition of what voter intimidation is, the Brennan Center For Justice states that voter intimidation may encompass; baseless or abusive challenges to voters’ eligibility, direct confrontation of voters, user of insulting, offensive, or threatening language or raised voices in and around polling places, blocking polling-place entrances, brandishing weapons in front of voters or dissemination of misleading election information.

States may differ in how they perceive threats or intimidation tactics, but in Arizona, it is a class 1 misdemeanor for an individual to “make use of force, violence or restraint, or to inflict or threaten infliction” through himself or through another person that causes damage, harm or loss or “in any manner to practice intimidation upon or against any person,” to influence whether that person votes or for whom they cast a ballot.

Section 10-1012 states a charge of a misdemeanor for an employer who conceals employees’ pay in envelopes with “political mottos, devices, or arguments” with the intention to sway employees’ political views or behavior.

Also, within 90 days of an election, an employer cannot exhibit in any place where his employees are working or are present a handbill, notice or placard containing a threat, notice or information that may threaten or influence the political opinions or actions of the employees.

There are specific protections intended to prevent voter intimidation in Arizona. For example, a 75-foot zone is to be maintained around voting areas, in which only poll workers and individuals currently voting are permitted. If one voter were to interfere with another voter within this 75-foot limit, or within 75 feet of the main outside entrance to an on-site early voting location, they are subject to a Class 2 misdemeanor, according to the Arizona State Legislature.

Additionally, it is a class 5 felony to interfere with election officers.

In Queen Creek, voters allegedly reported to the Arizona Secretary of State’s Office and the Election Protection hotline of being harassed by people honking their horns at them, yelling at them and reported their photographs were taken by the alleged harassers, according to the Arizona Republic.

While a team of de-escalators were sent to resolve the situation, a spokeswoman for the Maricopa County Recorder’s office told the Arizona Republic that she heard the yelling but if it occurred outside the 75-foot limit surrounding polling places it was technically not illegal.

She added that taking photographs are allowed outside that parameter.

The spokesperson also added that they have received reports of people telling voters outside the polling place to use ball-point pens instead of Sharpie pens that the voting booths provide.

Allegedly a woman was handing voters ballpoint pens with a flyer urging them to not use sharpies, according to the Arizona Republic. She was told to stop and agreed to leave.

The reason for Sharpie use is to avoid smudging since it dries quickly, but black, or blue ballpoint ink pens can be used as well.

If voters were harassed, they are encouraged to report the incident as soon as possible to the Election Protection hotline run by the Lawyers’ Committee for Civil Right Under Law and to report to the Arizona Secretary of State’s Office.