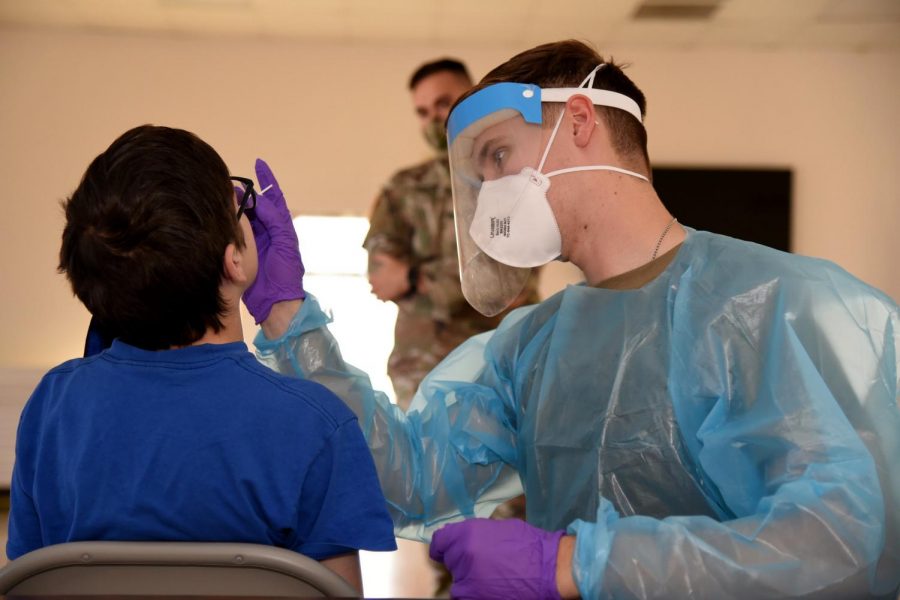 Two experimental vaccines have emerged over the last week to combat COVID-19 with strong results amid the highest wave of COVID-19 cases since July.

The results are “truly striking,” said Dr. Anthony Fauci, the U.S. government’s top infectious-diseases expert. “The vaccines that we’re talking about, and vaccines to come, are really the light at the end of the tunnel.”

As new coronavirus case numbers soar both nationally and locally, Arizona Gov. Doug Ducey has not implemented any new preventive measures to combat the spread and Arizona’s numbers continue to climbing.

Ducey stated in a COVID-19 Health & Safety Update video “cases are spiking again across the country, and we need to keep our guard up. There’s hope on the horizon, the news of a successful vaccine is really positive, but until that’s available, we need to rededicate ourselves to our best behaviors”.  He stressed mask usage, maintaining social distance, good sanitary habits, remaining at home if you feel sick and to not gather with others that live outside of your household.

According to the Arizona Republic, hospitalizations for the disease continue to rise.   New cases have been above 1,000 cases for 18 out of the past 22 days, with the last seven of those seeing more than 2,000 new cases.

According to the Arizona Republic, the number of new cases recorded today reached 2,984 with 10 new deaths.

In total, 279,896 cases have been identified statewide and according to the daily report from the Arizona Department of Health Services (ADHS), 6,312 Arizonans have died from the disease.

Arizona is ranked 36th among all other states in new case rates reported.

The Centers for Disease Control and Prevention’s COVID Data Tracker shows North Dakota’s new case rate per 100,000 people for the last seven days at 180.9, compared to Arizona at 34.3.

While these numbers are still below where the numbers were during the summer, the graphs on the ADHS website clearly show an upward trend and the comparison or path of the spread of the virus.

The Associated Press reported that according to Dr. Stephen Hoge, Moderna’s president, It’s going to require many vaccines to meet the global demand, and if the Food and Drug Administration allows emergency use of Moderna’s or Pfizer’s candidate, there will be limited, rationed supplies before the end of the year.

Health and Human Services Secretary Alex Azar said the hope is to vaccinate adults over 65 by the end of January. Fauci said that for those who are not high risk but may want one, would be able to get a vaccine in the spring or summer.